Archaeologists have uncovered 115 bronze coins dating back to 600 AD.

They were found buried under the remnants of a house believed to have collapsed during the original destruction of the Lechaion Harbour of Ancient Corinth in Greece 1,500 years ago.

The discovery is thanks to an excavation project at the site led by Chair of Comparative Literature and Classics at California State University, Professor Paul Scotton which commenced in 2016.

Also taking part in the excavation, Professor of Classics at Bridgewater State University, Michael Ierardi says the oldest coins found could date as far back as the days of Roman Emperor Constantine the Great who reigned from 306 to 337 AD, while the most recent date to the Byzantine Emperor Anastasius 491 to 518 AD. 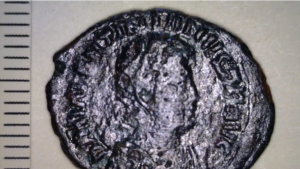 But scientists are puzzled as to why the coins were left at the site for so long, and not retrieved by their original owner given they were not buried very deep.

“It’s notable that something so close to the modern surface was left,” Professor Scotton told Newsweek.

“There is some reason that the owner did not come back.”

Also found in the excavation were two large Roman civic basilicas, which were popular building structures during the ancient Roman Empire. Believed to have been government buildings, one dates to all the way back to the end of the 1st century, meaning they are likely from the early Roman colony founded by Julius Caesar.

Meanwhile the team isn’t stopping there, with the dig continuing at the ancient site with no end in sight just yet.

“There is so much being done and so much to be done, I joke that my grandchildren are going to be working here,” said Professor Scotton. 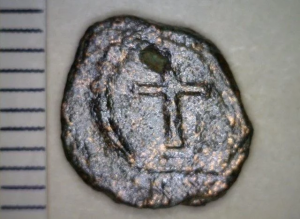