Advertisements for hundreds of brands were due to disappear from Facebook and Instagram on Wednesday, as a wide-ranging ad boycott against the world’s largest social media company is taking effect.

Last week, the Anti-Defamation League along with several civil rights groups had launched the campaign “Stop Hate for Profit”, asking advertisers to pause their spending on Facebook and Instagram in the month of July in protest of the company’s lackluster response to hate speech and other defamatory content across its platforms.

“What are they doing with $70 billion in revenue and $17 billion in profit?” the initiative asked in an open letter last week, only to deliver the answer right away: “Their hate speech, incitement, and misinformation policies are inequitable. Their harassment victim services are inadequate. Their advertising placement’s proximity to hateful content is haphazard. And their “civil rights” audit transparency reports aren’t helpful to the civil rights community.”

Along with hundreds of smaller companies, several industry giants have since joined the initiative, while others have also pulled their ads from social media without officially becoming part of the campaign. As our chart shows, some of the biggest advertisers in the U.S. are taking part in the boycott. While the co-sign from heavyweights such as Verizon, Ford and Coca-Cola certainly adds weight to the initiative’s demands, it’s doubtful the financial damage for Facebook will be more than symbolic. Last year, the company stated that its top 100 advertisers accounted for less than 20 percent of its $70 billion in ad revenue. 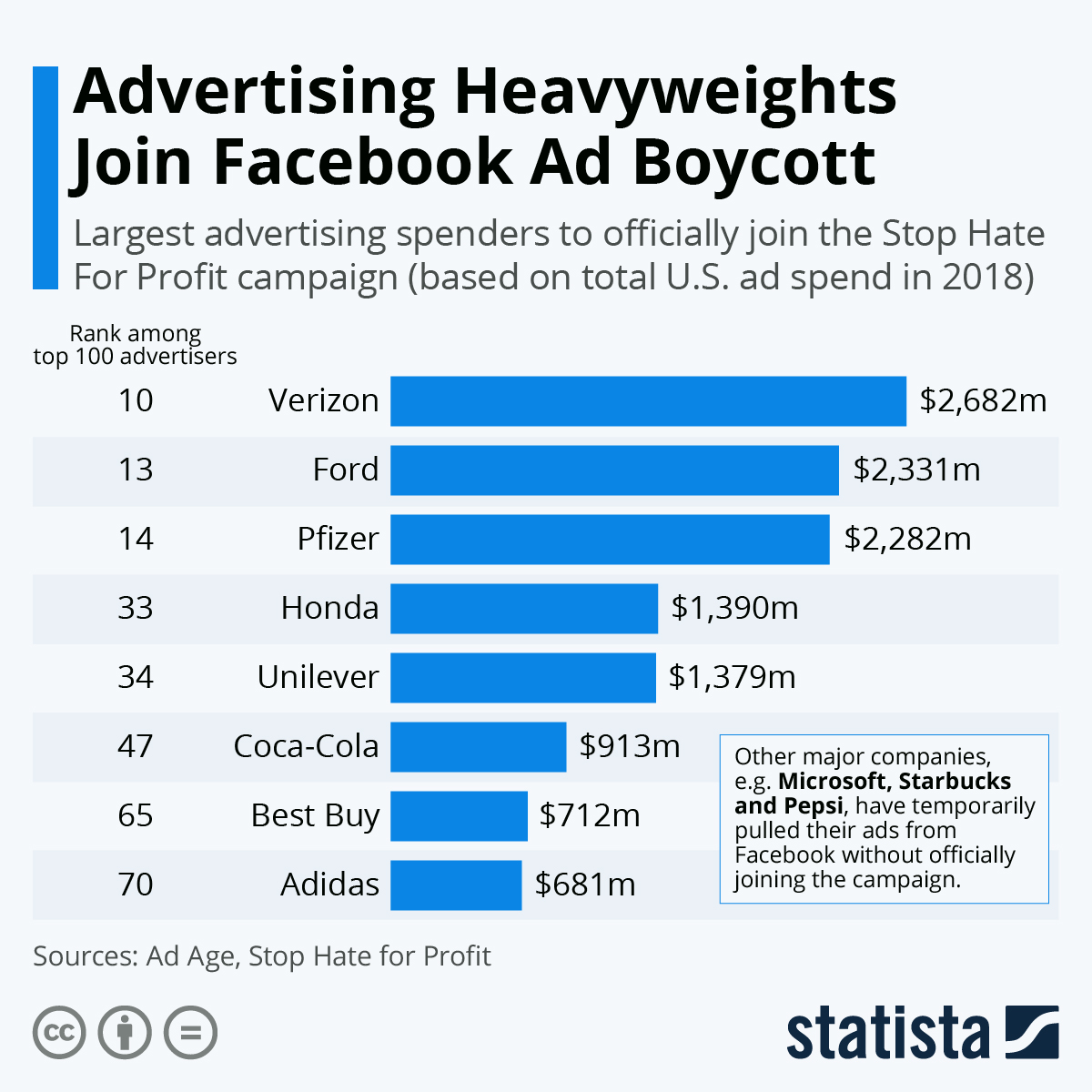