In recent weeks, tension has been escalating in the Aegean Sea amid a Greek and Turkish argument over energy reserves in the Eastern Mediterranean. In July, Turkey dispatched a research vessel called the Oruç Reis to conduct drilling operations in the disputed waters between the Turkish coast and the Greek island of Kastellorizo. The Greek armed forces have been on high alert in the region, closely monitoring the movements of the Turkish warships escorting the Turkish survey vessel, while Greek diplomacy has been pressing its allies in the EU and NATO to reel in Turkey .

Posturing and aggressive non-lethal military encounters are nothing new for the two NATO members, though recent incidents and rhetoric have led to mounting concern in the alliance as well as the European Union. Ankara has proven impervious to calls to de-escalate tensions and ease off its actions, revealing it is determined to follow through with its plans of conducting energy surveys off the coast of the Greek island.

Procurement of Rafale ratified by large majority by Greek parliament

Military encounters between both countries have turned violent in the past, notably in 1996 when a Greek Mirage 2000 fighter jet shot down a Turkish F-16, resulting in the death of one of its crew members. Another serious incident occurred in 2006 when Greek and Turkish F-16s collided with the Turkish pilot surviving and his Greek counterpart losing his life.

As tensions grow, the following infographic compares the military strength of both countries using several sources including an interesting overview compiled by The Drive. Turkey is likely to be afforded an advantage in any clash due to its recent experience in the Syria conflict, though it may also be weakened by the 2016 coup attempt which saw it lose a significant number of experienced officers, particularly from its air force. 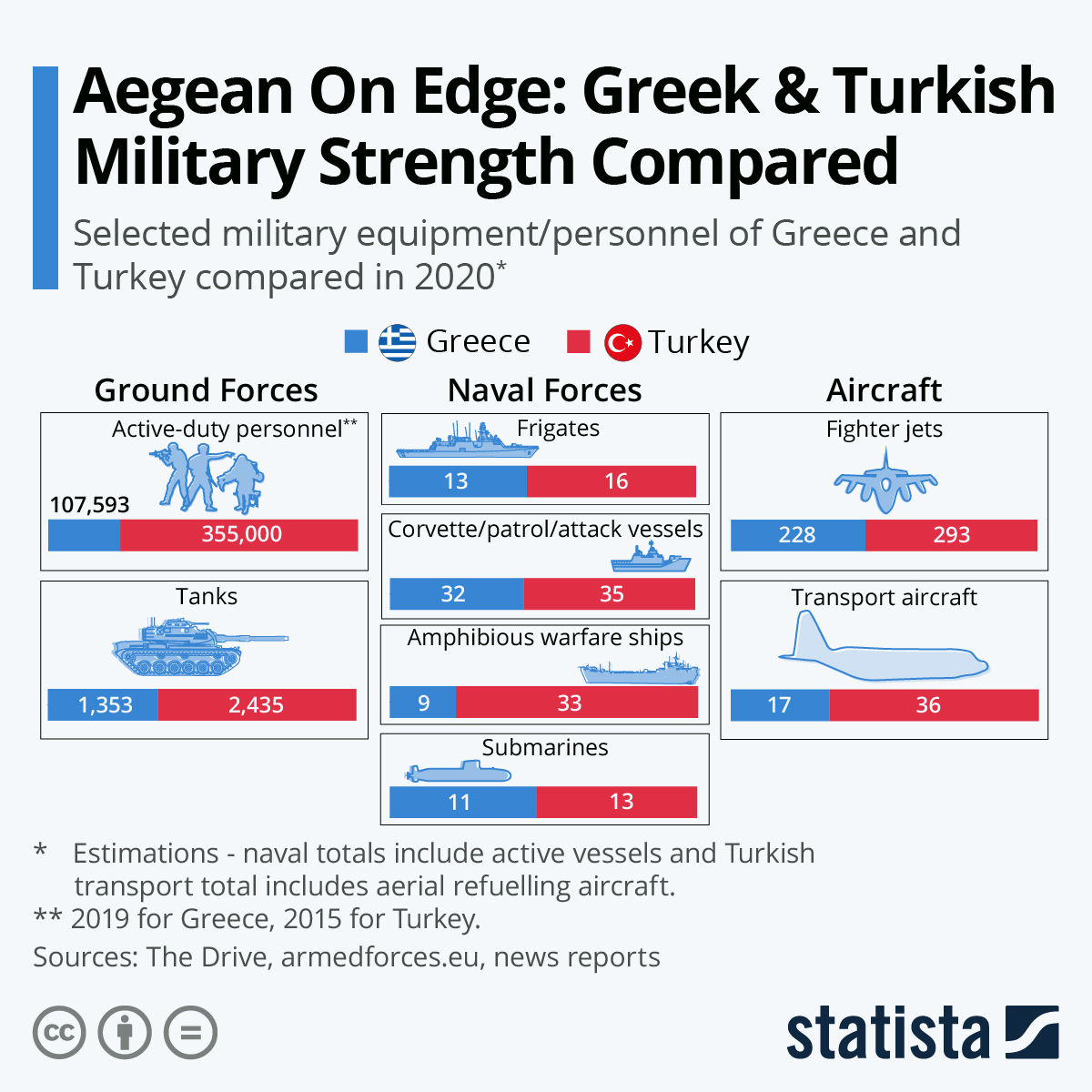