Part of an exquisite ocean-themed mosaic dating back to the 2nd century A.D. and beginning of the 3rd century AD was unearthed at the Roman baths in Plotinopolis Didymoticho. The mosaic has vivid colors and features centaurs, dolphins and sea horses. The mosaic was part of a formal dining room and a public Roman bath.

The glass mosaic uncovered is of 90 square meters of a total of 140 square meters. The border has ivy leaves that are a sign of honor to Dionysus, the Greek god of wine and merriment.

To the west of the central scene are sea creatures. Young Evros, son of Thracean King Kassandros emerges from the sea. There are panels framing the mosaic that have birds and tree branches as well as geometrical patterns.

Plotinopolis was an important Roman city that was established in the 2nd century by Emperor Trajan, named in honor of his wife Pompeia Plotina. 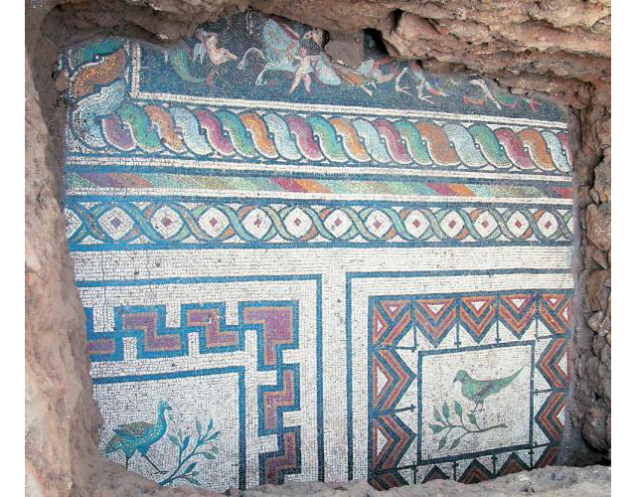