Two Greek cities, Athens and Thessaloniki, are among the 100 best gastronomic destinations in the world according to a recent survey conducted by Caterwings, a UK-based catering order platform.

“Every city is fundamentally different. However, with food tourism as one of the fastest growing travel trends, cities all over the world are now vying for the accolade of best food destination,” states the Caterwings website.

The business commissioned a study incorporating, among other factors, ratings from 20,000 food journalists and restaurant critics to reveal the ultimate 100 best food destinations.

They started with the most widely known popular cuisines and countries that are well-established for their food. 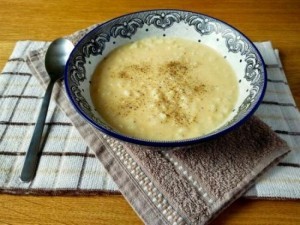 “Good food is a very subjective term, so in order to narrow our country selection, we looked at countries with the most restaurants per capita. We then considered established food and restaurant rankings to create a list of countries,” they said.

Once they have established the final selection, a closer analysis of the food scene in each country was undertaken to determine the final list of 100 cities, each boasting an excellent food scene.

The Spanish city of San Sebastian topped the prestigious list followed by the city of Tokyo in Japan, then New York in the US, while Athens ranked 54th with a score of 8.9/10 and Thessaloniki ranked 75th with a score of 7.2 in the category of the quality of offered services. 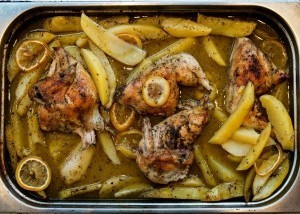 “I am not the slightest bit surprised that our two most popular Greek cities made the prestigious list and, if anything, I feel that they should have been previously and repeatedly included in the index because they truly deserve it,” Greek celebrity chef Giorgos Tsoulis told Neos Kosmos.

“Greece is well-regarded for its food; and as a consequence, international guests and tourists visit the country so that they can experience firsthand its delicious culinary delights and a vast selection of mouth-watering traditional dishes, irrespective if they are visiting a large city, a remote village or one of our beautiful popular islands.”

He believes that cooking is all about bringing together fresh local produce, sharing it around a table and creating long-lasting memories, as is the Greek cuisine.

The Caterwings-commissioned study focused on good food that was both accessible and affordable and examined factors such as the availability of vegetarian or vegan options, the quality of street food, and the ratio of fast food chains versus restaurants. 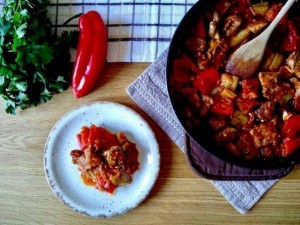 All these criteria were awarded a score to determine the final index of the best food destinations.

“The food industry in Greece is booming and in my humble opinion, a lot of it has to do with the new crop of creative and innovative Greek chefs who have come together in an effort to establish a new culture within the industry where they are all willing to collaborate and share their ideas and experiences.

The 29-year-old chef also credits a big part of Greece’s recent success to the restaurateurs and business owners who – despite the crisis – show their willingness to take risks and provide their chefs and kitchen staff with a wide variety of fresh and top quality produce that they can then serve on a plate.

“Fresh ingredients and simplicity is the key for me,” Giorgos says.

“I believe that Greek cooks and chefs are blessed in having endless amounts of treasured and adorned recipes to experiment with, therefore, I don’t find it’s necessary to investigate and incorporate foreign influences into our cuisine to make Greek food appealing internationally. 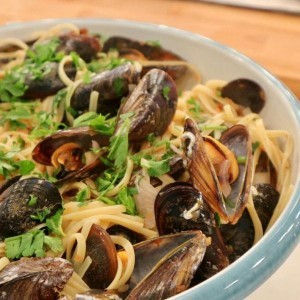 “Instead, as a nation enriched with legendary gastronomic tradition, we ought to delve into the endless treasures of our grandparents’ recipes and focus on enhancing and enriching our already well-established cuisine.”

Giorgos’ family originates from a little village in Patra although he was born in Athens.

“I am in love with Athens and I have enjoyed watching the city transform into a romantic, yet cool and grungy place, where visitors and locals can enjoy great quality coffee, world-class bars and award-winning food establishments.

“Food is the heart and soul of what we Greeks do and that’s what makes our cuisine so popular with the rest of the world.”

Giorgos Tsoulis is working on television productions in Greece and Cyprus