Sizzling all the way!

While her Instagram account’s bio simply states “BELLA Hella bored,” the visual evidence on her social media states otherwise. We can’t imagine there’s a single boring moment in this former Disney star’s life, if her selfies have anything to say about it. 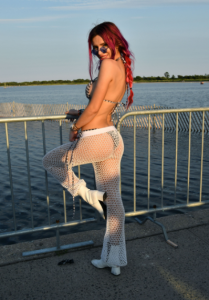 Thorne’s fashion antics continue tirelessly, with her recent appearance in little more than a bikini and see-through pants at the Billboard Hot 100 music festival on Long Island, New York, this weekend. Thorne matched her white-mesh masterpiece with a black-and-white plaid bikini, white boots, and a host of jewelry.

As racy as her ensemble may seem, rather than standing aghast, her fans seem to be very much in favor of Thorne’s ever-dazzling fashion sense. While at the music festival, she took ample opportunity to mug it up with fans in the in stand and it seems the love is mutual. 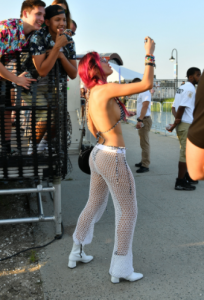