Now, the people of Ireland fear Facebook and Google may be colluding to sink the anti-abortion side of an upcoming referendum.

As the media and left continues to point fingers at big tech for their electoral losing streak, namely at conservative news stories going viral and “foreign manipulation,” Silicon Valley is now running interference in a pivotal vote in Ireland.

On May 25, the Emerald Isle, which houses many of the European headquarters of technology companies because it’s a tax haven, will decide a referendum to repeal the Eighth Amendment of the Irish constitution, which bans abortion throughout the historically Catholic country.

The pro-abortion side is ahead in the polls, but the lead seems to be narrowing.

In recent weeks, Ireland’s pro-abortion commentators are hard at work giving side-eye to technology companies, warning that the pro-life groundswell “will be modeled on those that helped both Donald Trump and Brexit to victory” and will spread the dreaded “fake news” throughout social media platforms. The talking points warn tech giants, “If the Irish referendum was won by conservatives, the tech companies would get the blame.” 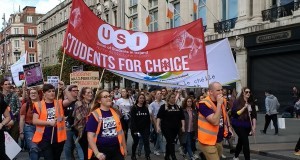 These warnings are not falling on deaf ears as Silicon Valley steps up to the plate.

On May 9, Facebook and Google made an alteration in their terms to disallow advertising on the topic of Ireland’s Eighth Amendment from anyone outside Ireland. Facebook was the first to take action, announcing it would be restricting any foreign ads, especially from the United States, that carrying a pro-life message.

John McGuirk, leader of the Save the Eighth campaign, assured they would stay the course “and should put an end to relentless media focus on about 0.2% of ads bought by overseas groups on both sides.”

Irish Times writer Pat Leahy spelled out the case for how this move benefits people moving for the repeal. He wrote:

“The move by Facebook to no longer accept foreign advertisements relating to the upcoming referendum on the Eighth Amendment will come as welcome news to some on the Yes side of the campaign. 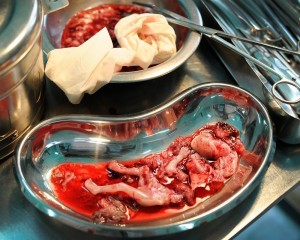 There has been rising concern among some pro-repeal groups and supporters that the referendum could be swayed in its decisive weeks towards a No vote by an avalanche of online ads.”

He went on, “Facebook’s move is likely to be directly related to this fear: and a fear that if the referendum were defeated, the company would face questions about its role in influencing votes, as it has in the US and UK.

In the past fortnight, there has been a rising sense of pessimism in some repeal quarters that the campaign was slipping away from them. Yesterday, the transparency campaigner Gavin Sheridan tweeted that it was now his view that the No side would win the campaign because its online spending was dwarfing that of the Yes campaign.”

So far, the only foreign funding scandal involving the repeal of the Eighth has been Ireland’s Standards in Public Office Commission demanding a pro-choice lobby called Amnesty Ireland to return donations from Open Society Foundation, which is funded by George Soros. Amnesty Ireland has ignored the order.

Google saw Facebook’s lockdown on pro-lifers attempting to spread their message and said “hold my beer.” The world’s most valuable company imposed a blanket ban on any advertisements that touched on the referendum issue even domestically within Ireland. At first glance, Google’s announcement appears unbiased, until one considers that the arguments for repeal dominate print and broadcast media. The Eighth Amendment traditionalists say they have far less in the coffers and were leaning on social media to make their case.

Others on the pro-life side have since accused Google of outright collusion with the pro-choicers, particularly evidenced in a press release from a pro-choice organization celebrating Google’s decision. The problem? The press release is dated the day before the announcement was made public, as reports Greg Daly, a writer for the Irish Catholic.

Not really surprising that Together For Yes is welcoming Google’s decision, announced today, to shut down domestic as well as foreign advertising in the referendum campaign. Perhaps a bit more surprising that their press release is dated as of *yesterday*. pic.twitter.com/ak64OsTn5m

Ailbhe Smyth runs the campaign for repeal, and couldn’t be more thrilled at Google’s decision, praising that it “creates a level playing field between all sides, specifically in relation to YouTube and Google searches.” Save the Eighth’s McGuirk, on the other hand, spoke at a press conference saying what Google is trying to pull is nothing short of a hostile move to rig the referendum.

In the last decade, the demographic of the average Facebook user has matured. While younger people tend to not use the service, having moved to Snapchat and Instagram, Facebook now hosts an older clientele who might be more likely to vote conservative on many issues.

Facebook, which operates more like a publisher, and not the neutral platform it claims to be in order to receive federal protections, has a storied history of appeasement toward left-wing governments, like Angela Merkel’s Germany, and is relentlessly accused of censoring influential conservative voices.