Public Citizens Protection Minister says the world is not angelically made!

A businessman from Kifissia is in critical condition after being shot by a burglar in his house, early on Monday morning. Alexander Stamatiadis, 52, was shot after a struggle with the hooded invaders, a little after 5 am as his wife and son witnessed the whole fight. During the quarrel, one of the burglars shot the businessman in the back at point-blank range. Alexander Stamatiadis was well known in the business circles and is involved in the field of energy and constructions. 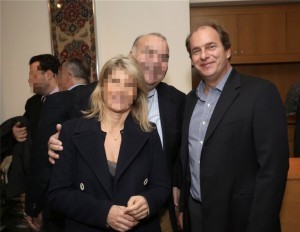 The two criminals violated the front door as the alarm system reportedly failed to go off. The businessman was asleep with his wife with his son also sleeping in the next room. As the house owner was about to get out of bed and check what the noises were, he was confronted by the two intruders who jumped on him. The two criminals started beating the man over the head with an object they had used to break into the house. The businessman continued to put up a fight, which led to one of the burglars shooting him in the back at close range. The victim was transferred to hospital and is in critical condition. Reports says he lost a lot of blood, while his liver has been ruptured. 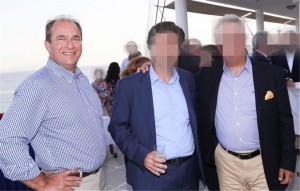 The two bullet cases were sent to the ballistic division for examination.
Meanwhile, in an unprecedented statement, Alternate Citizen Protection Minister Nikos Tosaks said the world was not made up by angels! It should be reminded that the Minister had admonished an 88-year-old pensioner who had shot two burglars last week saying we should not adopt tactics reminiscent of the “far west”! 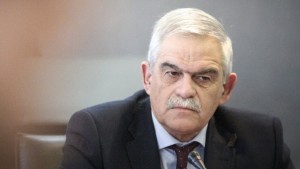