Demi Moore is telling all!

The 56-year-old actress is coming out with a memoir titled Inside Out, a “deeply candid and insightful” look at her life, HarperCollins announced on Thursday. 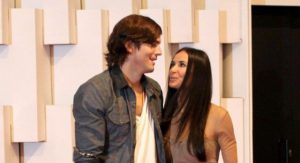 According to the press release, Moore doesn’t hold back discussing the ups and downs she faced on her rise to fame and is forthright when talking about her battles with addiction and body image. 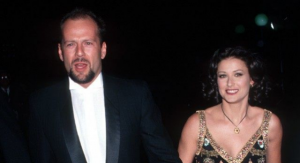 The Ghost star will also open up about her three high-profile marriages. Moore was married to musician Freddy Moore from 1980 to 1985. In 1987, she married Bruce Willis, and the two have three daughters, 30-year-old Rumer, 27-year-old Scout and 25-year-old Tallulah. Willis and Moore divorced in 2000. Five years later, Moore married Ashton Kutcher, who is 16 years her junior. The two divorced in 2013.