Diogenes Charlaftis has 5,000 hours on most of the aircraft on display at the Air Force Museum

A moving photo shows a 91-year-old pilot veteran hugging a Spitfire aircraft on show at the Athens Air Force Museum.

Veteran pilot Diogenes Charlaftis, with 5,000 hours on most of the aircraft on display at the Air Force Museum, is standing as shown in the photo, excited in front of the Spitfire.

Diogenis Charlaftis was born in 1930. He entered the Hellenic Air Force Academy in September 1949. In May 1979 he retired with the rank of Air marshal. During his many years of service, he occupied many and “interesting” posts within the Air Force. 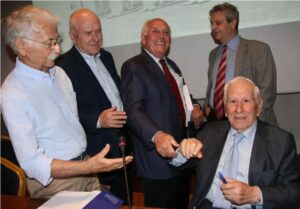 The Spitfire is an emblematic aircraft of World War II

Of the more than 20,000 Spitfires built for World War II from 1938 to 1948, only 240 survive today, of which about 60 are still in flight for exhibition shows. One of them is the Greek Spitfire MJ755, built-in Castle Bromwich, near Birmingham, England in 1943 and originally delivered to the 33rd RAF Maintenance Squadron in December of that year. At the beginning of 1944, its military action began, arriving in Casablanca, loaded on a ship on March 13, 1944, for the British Air Force of the Middle East. 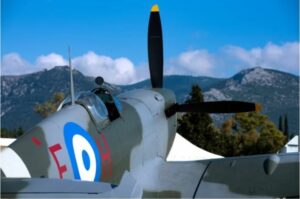 After the end of the war, the MJ755 did not return to Britain but was given to a Maintenance Squadron in Ismailia, Egypt, from where RAF Subcommander George Dan, a veteran bomber pilot, with 44 missions during the Second World War, brought it to Greece on February 27, 1947, for the then Hellenic Royal Air Force. In fact, he had no previous flying experience in a Spitfire, and flew the aircraft having only studied the flight manual! 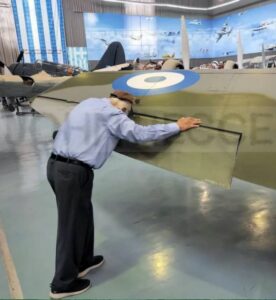 It was one of about 77 Spitfire chases provided by the British government to rebuild the Greek Air Force. In April of that year, it had joined the force of the 335th Attack Squadron in Sedes. In 1949 it was used as a training aircraft at the Reserve Aviation School of Pilot Officers in Tatoi. In 1950 it was transferred to the State Aircraft Factory in Faliro, where it was converted into a photo ID plane. At the end of 1953, it made its last flight, before being permanently grounded, and used as an exhibition first in Tatoi, and later in the courtyard of the War Museum. After the creation of the Air Force Museum, it was relocated to Tatoi in 1995, before being sent in 2018 to the historic Biggin Hill Airport outside London, to a special reconstruction centre. 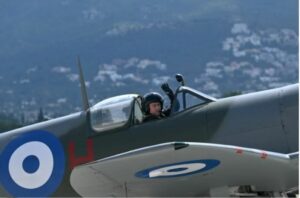 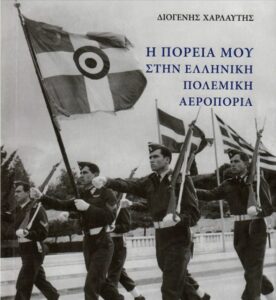