His family accompanied him to the Presidential Palace

A touching moment during the swearing-in of Kyriakos Mitsotakis as Greece’s new Prime Minister occurred after the official ceremony was completed when Mr. Mitsotakis embraced his three children who had accompanied their father to the Presidential Palace.

After the new Prime Minister first signed the swearing-in protocol, he approached the three children and his wife whom he embraced. 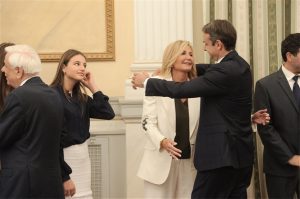 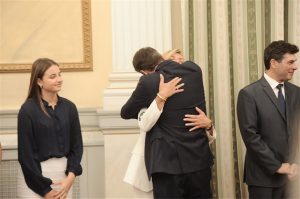 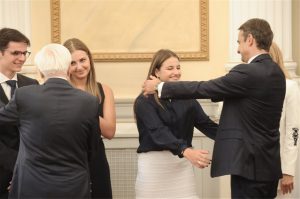 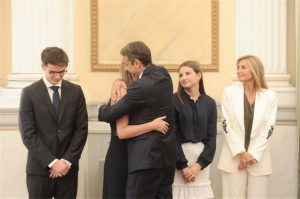 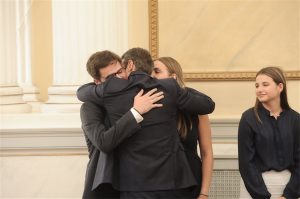 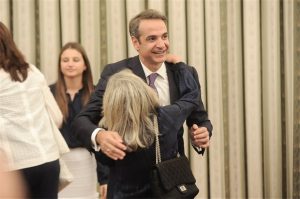 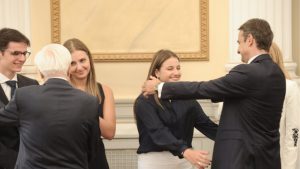