The armoured police vehicle sent by Austria to reinforce measures at the Greek-Turkish borderline has arrived in Evros.

As shown in the photo by protothema.gr, it is a special vehicle with thermal cameras and tracking systems and is expected to assist the Greek forces in sealing the border. 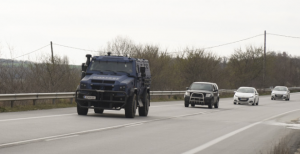 The vehicle arrived on Wednesday morning in Kastanies with its Austrian crew.

According to Austrian Chancellor Sebastian Kurz, at a meeting in Vienna on Tuesday with Greek Prime Minister Kyriakos Mitsotakis, Austria will send personnel to Evros, as well as the armored vehicle that will join Greek border protection patrol units. 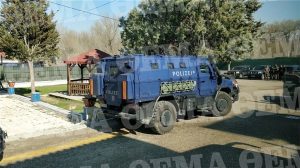 Coalition of EU countries offers to take up to 1.500 unaccompanied migrant children