Three bare-breasted Femen members threw themselves on top of Dominique Strauss-Kahn’s sedan on Tuesday when the former IMF director arrived outside a Lille courthouse in northern France, where he is on trial for procuring prostitutes.

The three activists surprised police officers and one actually managed to get on top of the car while the others stood around, before they were quickly arrested.

No word on what “DSK” thought of the semi-nude protest. 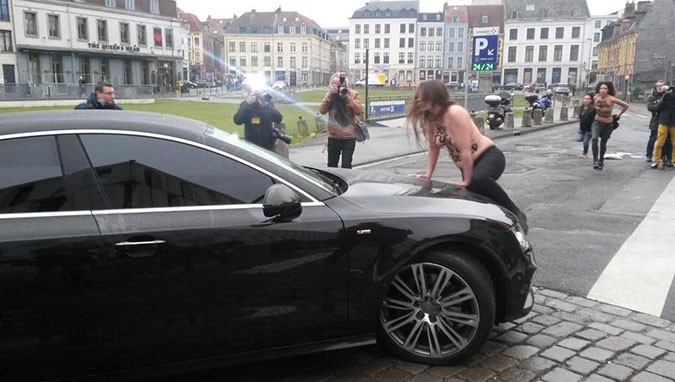 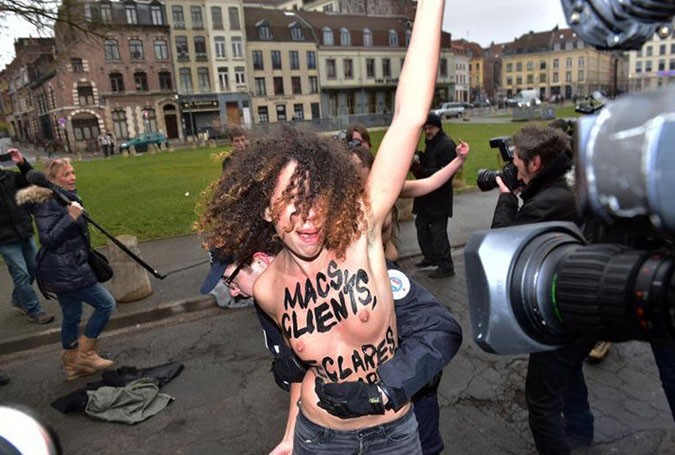 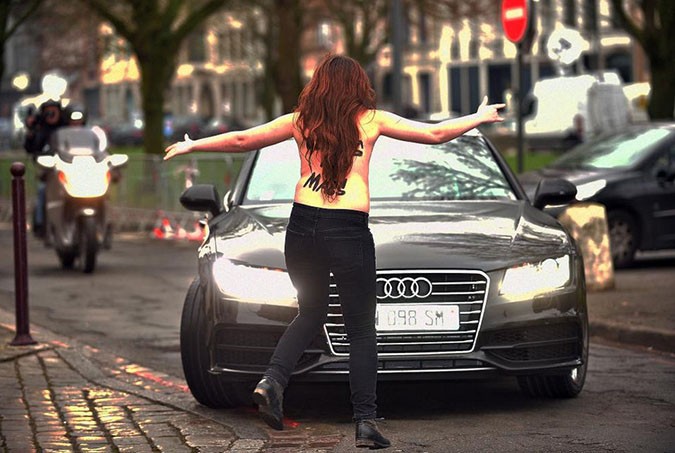 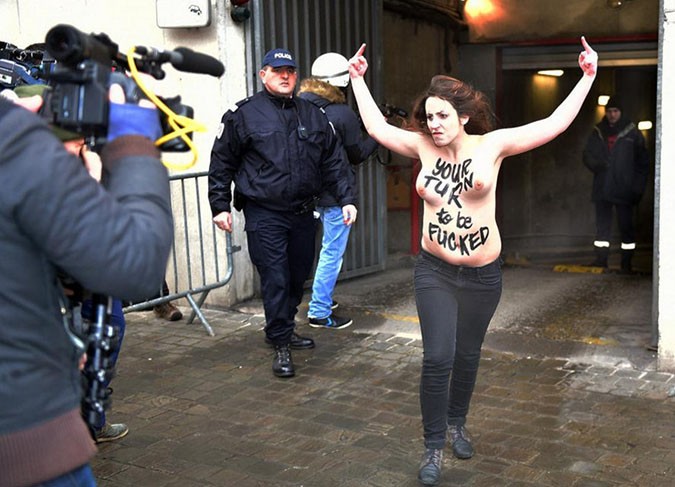 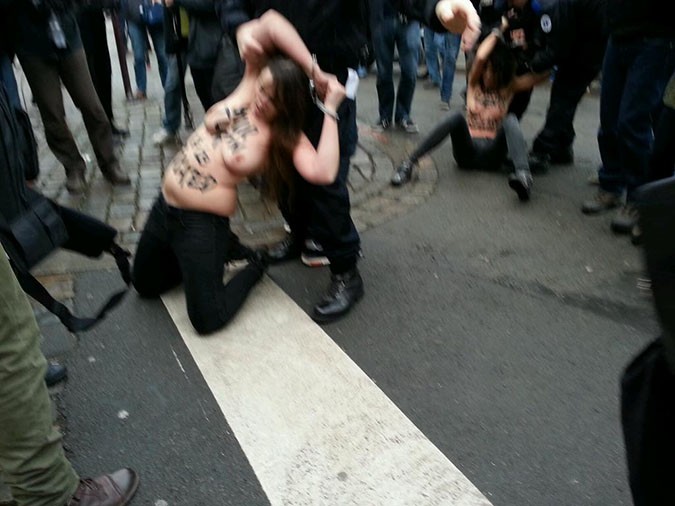 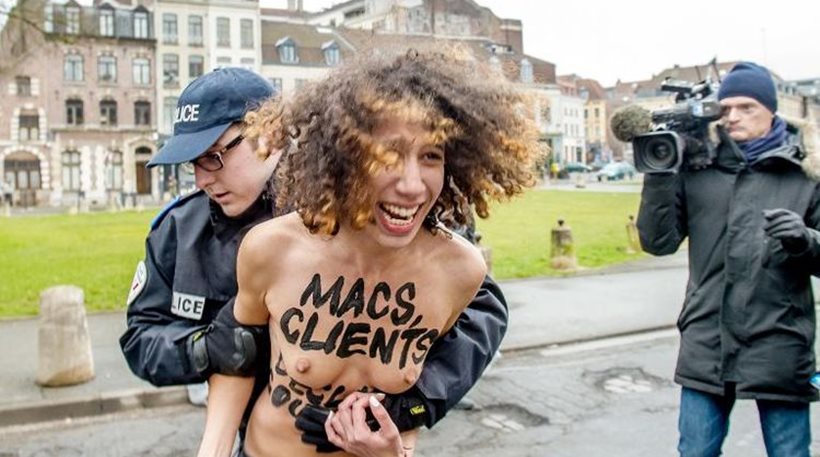