It is electric, it is “smart” and it is also 100% Greek. If all goes well, the first scooter that brings together all these features will make its appearance on the streets next summer.

By then, its creators will have come up with its name. “It simply came to our notice then. Our company is called Give, the project is called i.lektra, but for the scooter itself we are still in the search phase” says Elias Nasiopoulos, co-founder of the GIVE company, which made the original two-wheeler together with Lefteris Koza, Asteris Apostolidis and Sebastianos Mail. 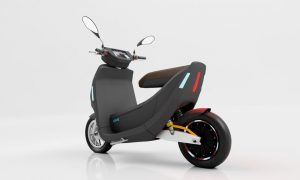 The whole project started four years ago, when Elias Nassiopoulos returned from England where he had worked for eight years as an engineer and chief engineer of analysis and construction in the team “Force India Formula 1”, in the company Prodrive and in the Research and Development Center of Nissan in Europe, to dedicate himself to his vision.

What was that vision?

“GIVE was set up with a vision of electric mobility and with the aim of innovating in the field of urban mobility. But we started with services to third parties to create a capital that we could then invest in our own vision”, Nasiopoulos explains. 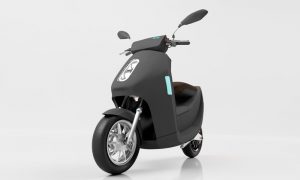 These services concern computer engineering, mainly in the automotive sector and start from endurance analyzes and optimizations to reach fluid mechanics, aerodynamics and electromagnetic analyzes. During this period, the Greek company cooperates with a Chinese car industry, the English Prodrive and other smaller ones.

But how did they manage to cross the borders? “It takes a lot of struggle. But of course a little luck”, he answers. The idea for the scooter has existed since the beginning of the company, together with the “greater idea”, as he says, of the production of the vehicles in Greece. 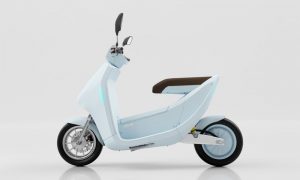 Turkey lobbies to get back in F-35 program

Archaeologists found 115,000-year-old Human Footprints where they shouldn’t be

The design started in 2017, while the mechanical part was completed in 2019. And now?

“We have the prototypes ready, we are doing tests in the technology park of ‘Demokritos’ and the goal now is to start the certification process and then go to the assembly line. It is a difficult stage, financially, but we are optimistic”. It is an optimism from which, however, there is no lack of realism: “We have adapted the plan to the reality of the Greek market. That’s why we start with a low average production, 200-300 pieces in the first year, to reach 1000 in the next”.

What will travel on the roads in the summer of 2021 will be an ecological two-wheeler, whose final speed will reach 85Km/h and its energy autonomy, which will be ensured by three detachable batteries, 180 km. 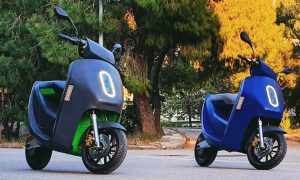 The scooter will also have a digital display with all the necessary indications, even a navigation system.

But electricity is not the only innovation. The model will be one of the first vehicles in the world which will be activated by the mobile phone, while the same device will also act as an alarm notifying the owner of any attempted theft.

For the time being there is no further information for technical characteristics and other details, but you can stay tuned to the manufacturer’s website in order to follow the progress of the first Greek and one of the first globally e-scooter.