He landed it in front of a beach bar

A Greek businessman possibly thought he was in a scene from a Tom Cruise Mission Impossible movie, as he decided to land his helicopter on a beach in Mykonos.

The beachgoers, patrons, and staff were left speechless when they saw the reckless pilot descending towards the sandy beach. The bizarre incident happened last Saturday morning on a cosmopolitan beach of Mykonos and, as expected, became the subject of talk among the locals and tourists.

Probably wanting to draw attention to himself (with a banker cartoon painted on the side of the aircraft!!) and leave an impression on the patrons, the pilot of the helicopter (a well-known businessman) together with a friend landed in front of a beach bar, only a few metres from the sunbeds and tables of the restaurant.

His thoughtless and dangerous act, which endangered the safety of the others, who scrambled to take cover was, luckily for him, not noticed by the competent authorities and thus he escaped the fine and his diploma.

Mykonos is a beautiful island…and quite insane at times… 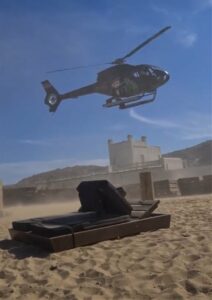 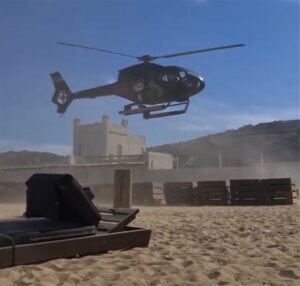 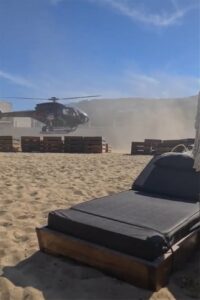 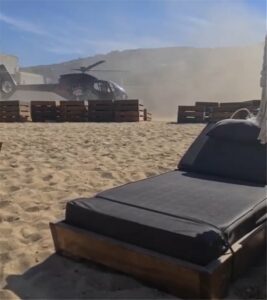 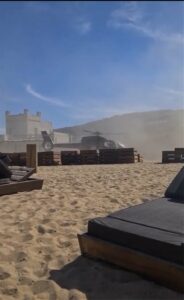