In memory of three fallen navy officers 21 years ago

Greek Defence Minister Panos Kammenos flew over eastern Aegean Sea and threw a wreath over the rocky islets of Imia in honour of the three Greek navy officers Christodoulos Karathanasis, Panagiotis Vlahakos and Ektoras Gialopsos who fell on January 31 1996 during the 2-day crisis between Turkey and Greece 21 years ago. The Defence Minister was accompanied by the the Chief of the Hellenic Airforce Lieutenant General Christos Christodoulou. The Greek Minister and the rest of the entourage arrived at the site with a navy helicopter. The islets of Imia, located between the western Turkish coastline and the Greek island of Kalymnos, have become the centre of tensions between Greece and Turkey, as the Turkish government has increased its provocations culminating in a visit to the area on Sunday by a small flotilla of navy ships with top Turkish brass on board, which ended after a brief standoff between the two navies. Meanwhile, a shirt time after the Minister concluded his flight over the isles Turkish fighter jets flow over the area in a new provocation. 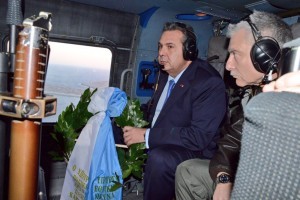 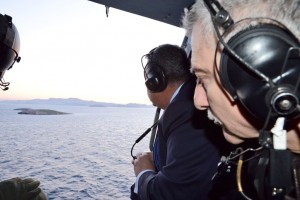 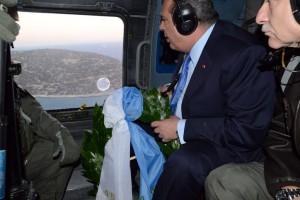 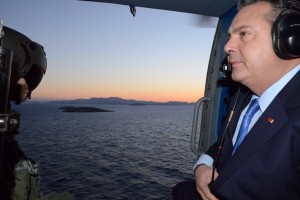 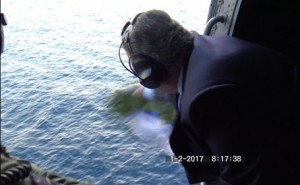 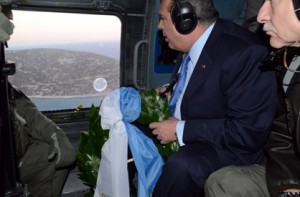 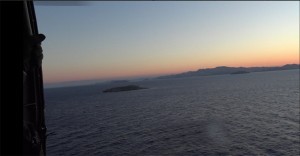