The casting took place in Peristeri

There is no shame in an honest day’s work, as the adage goes…even if the job description entails taking one’s clothes off and engaging in sexual intercourse in front of cameras, lights and a whole production team. 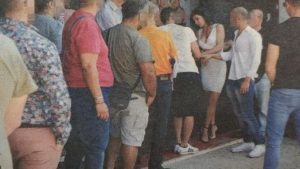 Many Greeks have been in a dire economic state since the crisis hit in 2010, leading them to seek employment wherever they can.

The “star-studded” rendezvous had been given by Inna and Theo on Monday morning at one of Peristeri’s famous strip clubs. 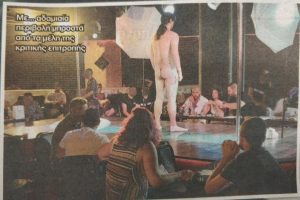 A little before 8:30 pm, there was a queue of men hoping to impress the jury with their qualifications. 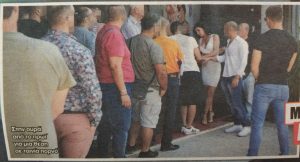 Dozens of people marched up and down the stage flaunting their “assets”, but only 30 of them will be lucky enough to be chosen for a possible career in the adult movie industry.