The report from the first release from the Sixth Assessment Report by the Intergovernmental Panel on Climate Change titled Climate Change 2021: The Physical Science Basis gives an updated account of what the scientific consensus on climate change is. It states that a median global warming of 1.5 degrees Celsius could already be reached by 2030 – with big consequences on extreme weather events.

Weather extremes like heat, heavy precipitation, and drought have been increasing with scientific certainty in many regions in the world, as the following chart shows. Europe and East Asia emerge as the regions where the most climate change patterns have been proven by scientists. Western and Central Europe, Eastern Asia and Eastern Central Asia as well as Western Central Asia are among the places where all three weather extremes have been on the rise. Furthermore, all other regions in Europe and East Asia have been experiencing a rise in two weather extremes – which mostly means more heat and rain, but in the case of Mediterranean Europe (as well as Mediterranean Africa) translates into extreme heat and drought.

More regions prone to heat and drought were Western North America, Northeast South America, Southern Australia as well as West and Central Africa. Both Africa and South America had limited data on the increase in heavy rains, which means that changes to precipitation patterns could simply be too little explored.

Only one region experienced a decrease in extreme weather events. Tropical Northern Australia was found to be experiencing less drought due to climate change, while also seeing more hot extremes and more heavy precipitation. 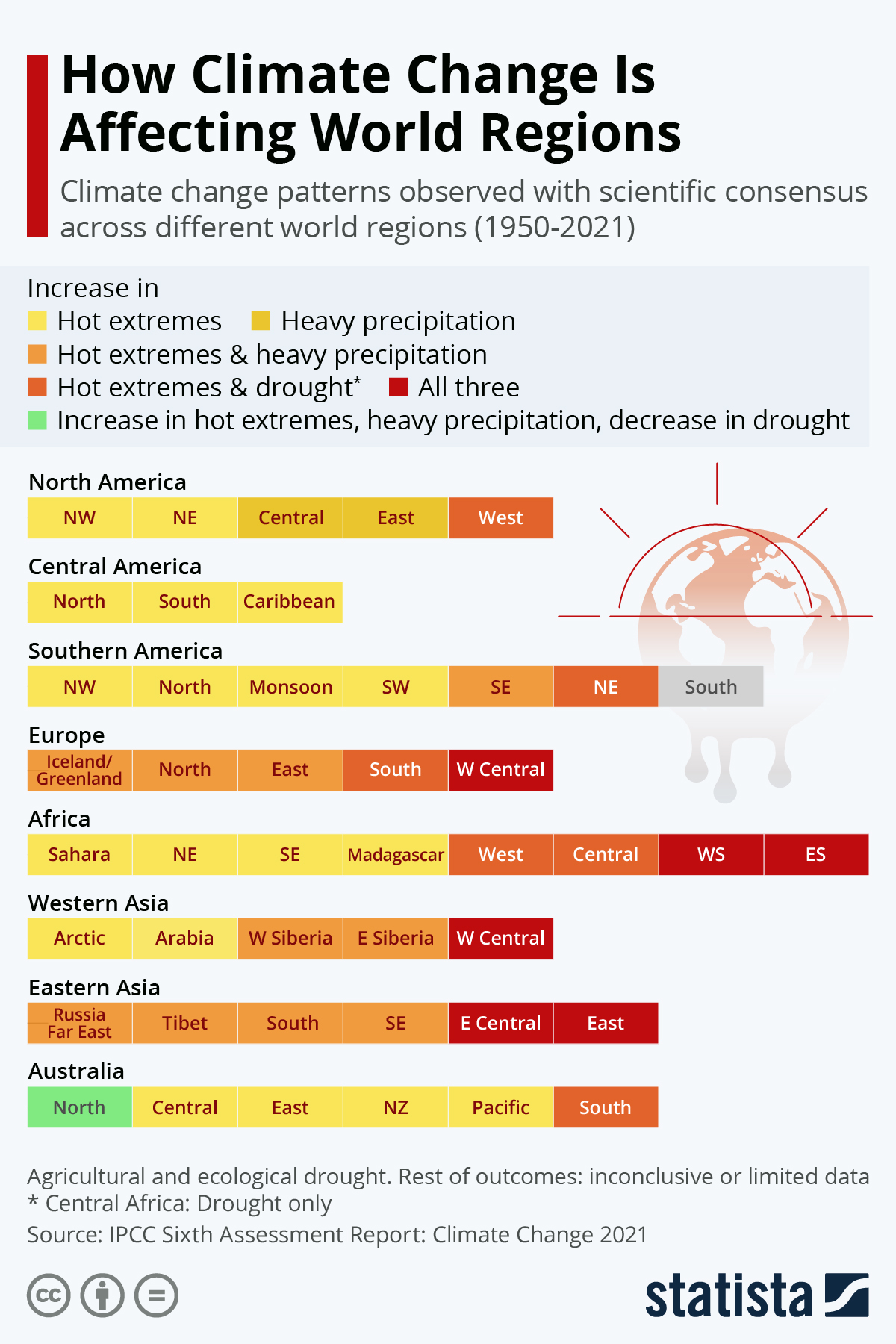