The age group 85+ is the most susceptible

4,226 COVID-19 cases were reported to the U.S. Centers for Disease Control and Prevention as of March 26 and the organization released a preliminary report showing how the coronavirus is impacting different age groups. It analyzed hospitalizations, intensive care unit admissions and fatalities across different age groups among 2,449 patients who had a known age. The patten is similar to other countries that have experienced major outbreaks such as China and Italy with COVID-19 having the most severe impact among older people. The CDC’s analysis found that 31 percent of all cases, 45 percent of hospitalizations, 53 percent of ICU admissions and 80 percent of all fatalities from the virus occurred among adults aged 65 plus with the highest percentage of severe outcomes happening among those aged 85 and over.

The trend is line with findings in other countries. In February, the Chinese Center for Disease Control and Prevention published a paper showing that 80 percent of all deaths occurred among people aged 60 and above. The new CDC data confirms that people aged 19 or younger seem to experience milder COVID-19 symptoms with practically no U.S. hospitalizations or fatalities on record so far. Global death rates are difficult to define as the elderly account for a disproportionate share of the population in some countries such as Italy. The World Health Organization roughly estimates that the global fatality rate stands at about 3.4 percent and the CDC’s current estimate for the U.S. is 1.8 percent.

That rises significantly among older Americans, however, and the case fatality rate for patients in the 75 to 84 age group is 4.3 percent with ICU admissions and hospitalizations 6.3 percent and 30.5 percent respectively. People aged 85 and above are the most vulnerable and the CDC states that the case fatality rate for that age bracket is 10.5 percent with hospitalizations standing at 31.3 percent. The CDC also cautioned that this analysis is preliminary and that the data is the subject of at least five limitations. For example, they include a lack of information regarding elevated risk factors among people with serious underlying health issues as well as a lack of data about age and outcomes. They also said that social distancing is recommended for all Americans in order to slow the spread of COVID-19, relieve the burden on the health system and protect vulnerable older adults. 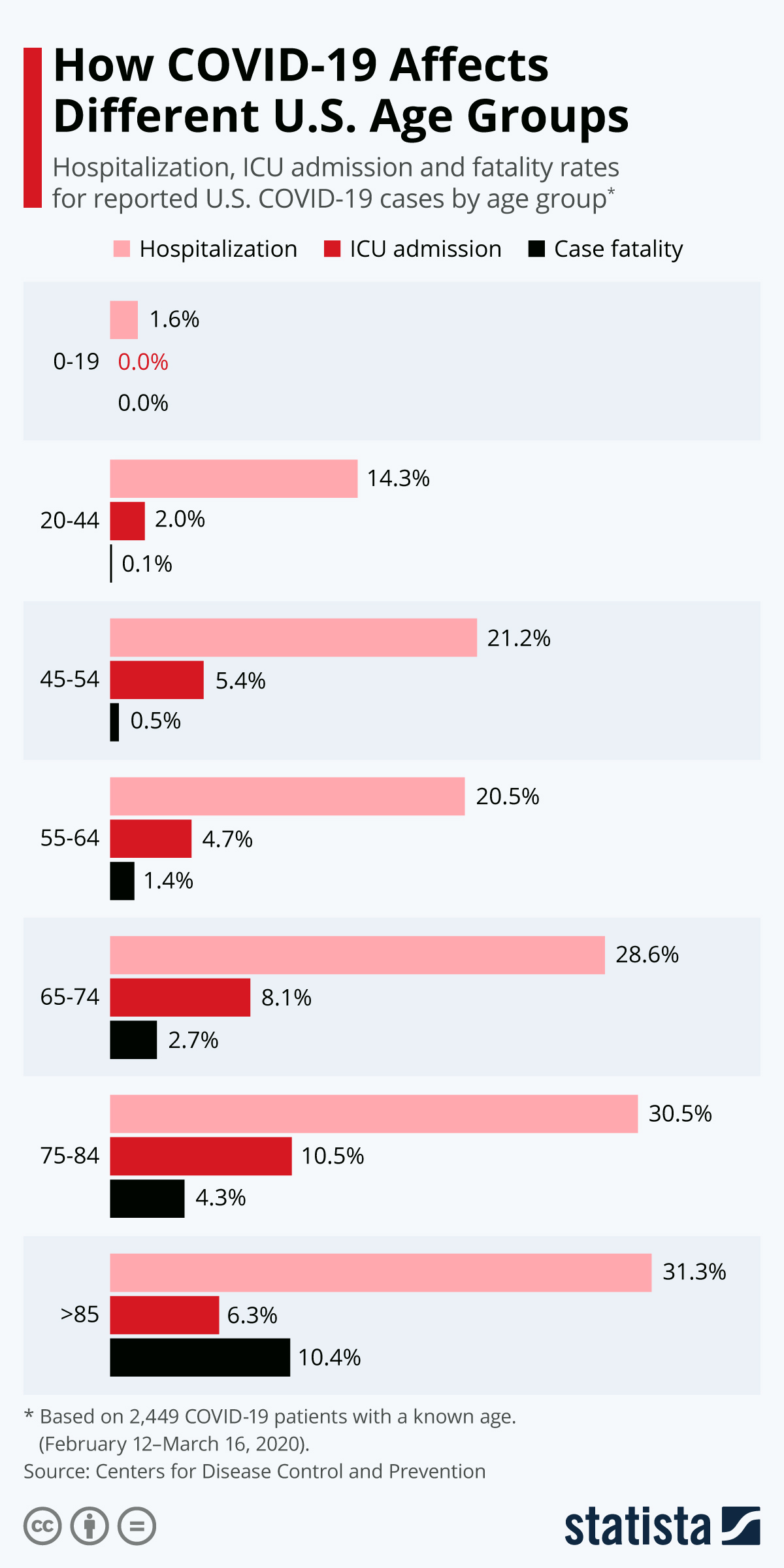 Delta, United & other airlines are sending their largest planes to the desert for storage