Sex is not the most important thing in her life, she says

Actress and TV presenter Doretta Papadimitriou revealed when the last time she had sex was during an interview with George Liagas on the “Late Night”. The beautiful actress did not hesitate to admit that after her divorce with Kostas Piladakis her next relationship also ended in a break-up, despite it coming close to marriage. It left her without sex for 1.5 years, she said.
“I have never had a purely sexual relationship in my life. It’s not something I feel I need, I’m not missing out on my life. If there is no emotional background, sex is irrelevant to me”, she said, adding that sex is important in a relationship, but not the most important thing. 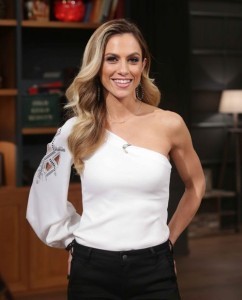