Switzerland has the most breweries per million inhabitants in Europe

Switzerland has the most breweries per million inhabitants in Europe. As this infographic shows, it has 120 breweries for every million of its residents, even though it isn’t exactly known as one of the continent’s premier beer markets. Slovenia has the second-highest tally, followed by the Czech Republic (which has the highest beer consumption rate in Europe). In Germany, the land of Oktoberfest, weißbier and the like, the number of breweries per million people only comes to 19 by comparison.

The data was calculated by Statista based on the latest data from the Brewers of Europe Association together with population data from Eurostat. The number of breweries also includes microbreweries that produce smaller batches of craft beer. These have increased significantly around Europe in recent years, especially in Switzerland. 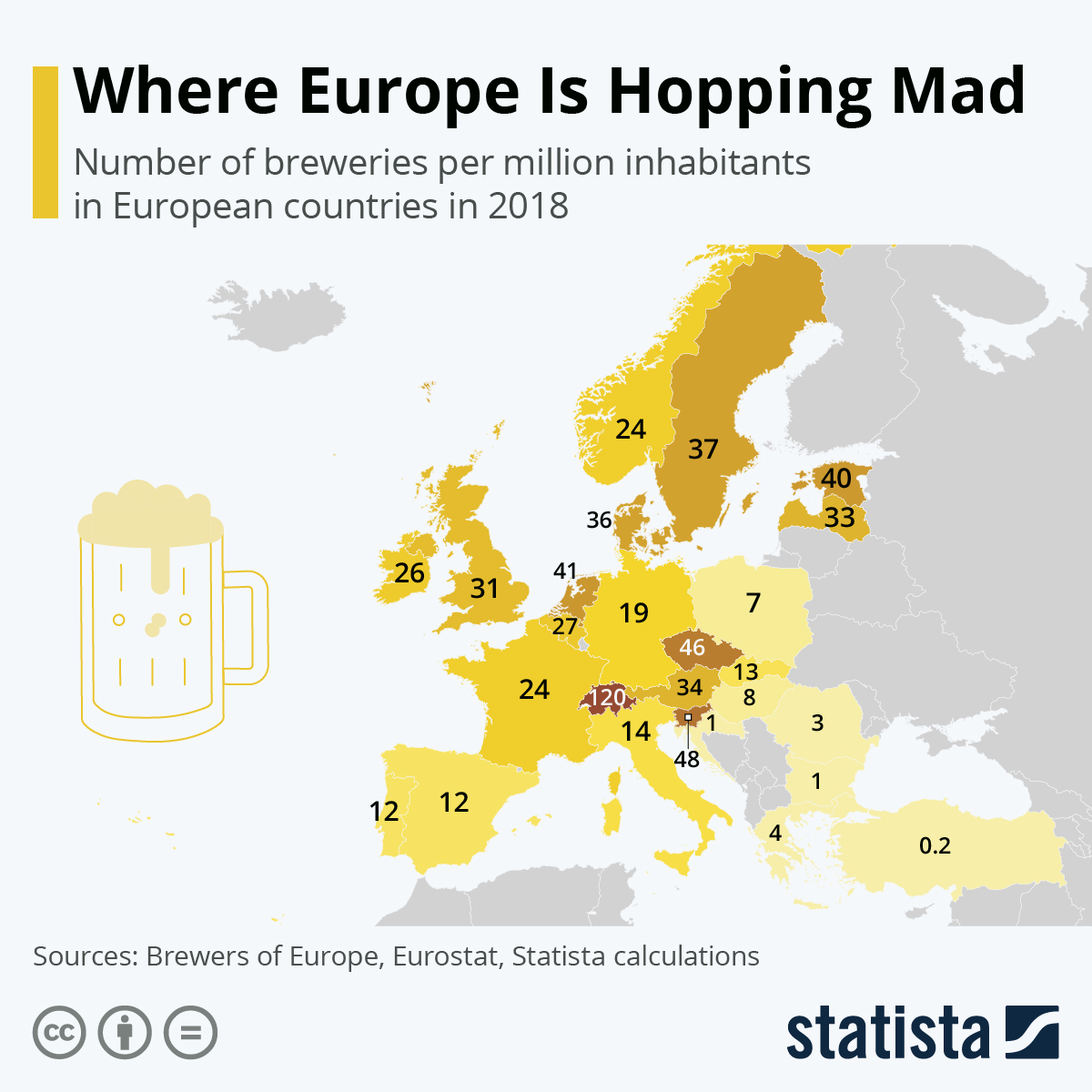