His body laid in state at house

Hundreds of Cretans bid their final farewell to the former coach of football club OFI Eugene Gerard at the village of Elia in Heraklion, where his body lay in state. Tens of wreaths filled the house, ranging from the Vardynoyiannis family, football clubs, relatives, former players, and coaches, as well as fans. The coffin was draped in the flag of OFI, with people forming long queues waiting to pay their respect to the beloved coach. 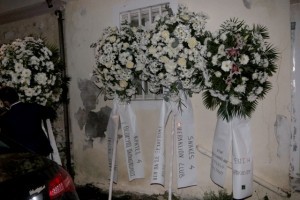 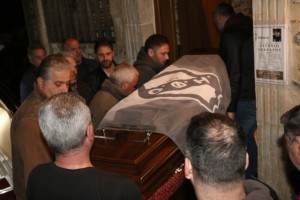