A few weeks ago, the whole area was cordoned off, as a big explosion was expected

A few weeks later than calculated, scientists’ predictions for the Fagradalsfjall volcano in Iceland were confirmed, when the volcano erupted on Friday night.

The eruption caused a seismic tremor and a huge flash in the sky.

According to experts, the eruption of the volcano, which is relatively close to the capital Reykjavik, is the beginning of a process that will not end soon.

Scientists also expect eruptions in other volcanoes in the near future and these phenomena are interconnected. 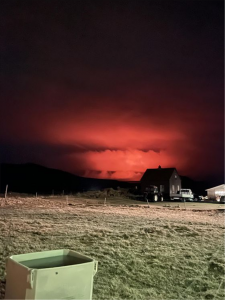