The Athenians enjoyed an impressive spectacle at noon on Thursday, when fighter jets, which participated in the “Iniohos 21” multinational exercise, flew over the Acropolis. 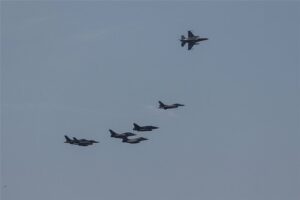 The exercise which is organized every year by the Hellenic Air Force and ends today, takes place across the Athens FIR range with the participation of Rafale and Mirage 2000D fighters from France, F-16 from the United Arab Emirates, F/A-18 Hornets from Spain, and F-15s and F-16s from Israel. 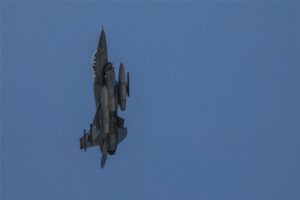 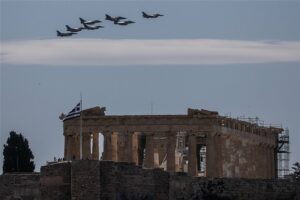 Canada is participating with an CGI – Air Weapon Managers system, while Cyprus has sent an AW 139 helicopter. 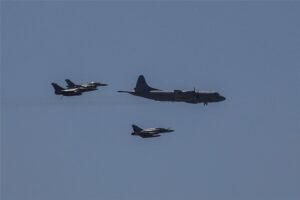