Data from the last decade

Due to their indiscriminate and devastating effects, the long-lasting threat posed by their presence and the painstaking efforts required to remove them, anti-personnel landmines have been prohibited by the United Nations since 1997 – a treaty joined by 164 countries. The United States is not one of these, although the Obama administration did issue a directive in 2014, halting the production and acquisition of anti-personnel landmines. This though now seems set to be rolled back by the Trump administration in a move described as “a step toward the past”.

Commenting on U.S. defense secretary Esper’s confirmation of the upcoming policy change, Jody Williams, who won the Nobel peace prize for her work campaigning against the weapons said: “Mr Trump’s landmine move would be in line with all of his other moves to undercut arms control and disarmament in a world much in need of them.”

The United States’ decision is based on a review into the matter by Esper’s predecessor James Mattis, which found that the prohibition “increased risk to mission success” – a position staunchly rejected by Rob Berschinski who led U.S. landmine policy during the Obama presidency: “They’re not only massively harmful to civilians after wars end, but they’re also of very negligible military utility”.

Indeed, as figures from the Landmine and Cluster Munition Monitor show, landmines and ‘explosive remnants of war’ cause thousands of injuries and deaths around the world each year. Their latest report indicates that the countries worst affected by these casualties over the last twenty years have been Afghanistan (27,670), Colombia (10,869) and Cambodia (8,802). 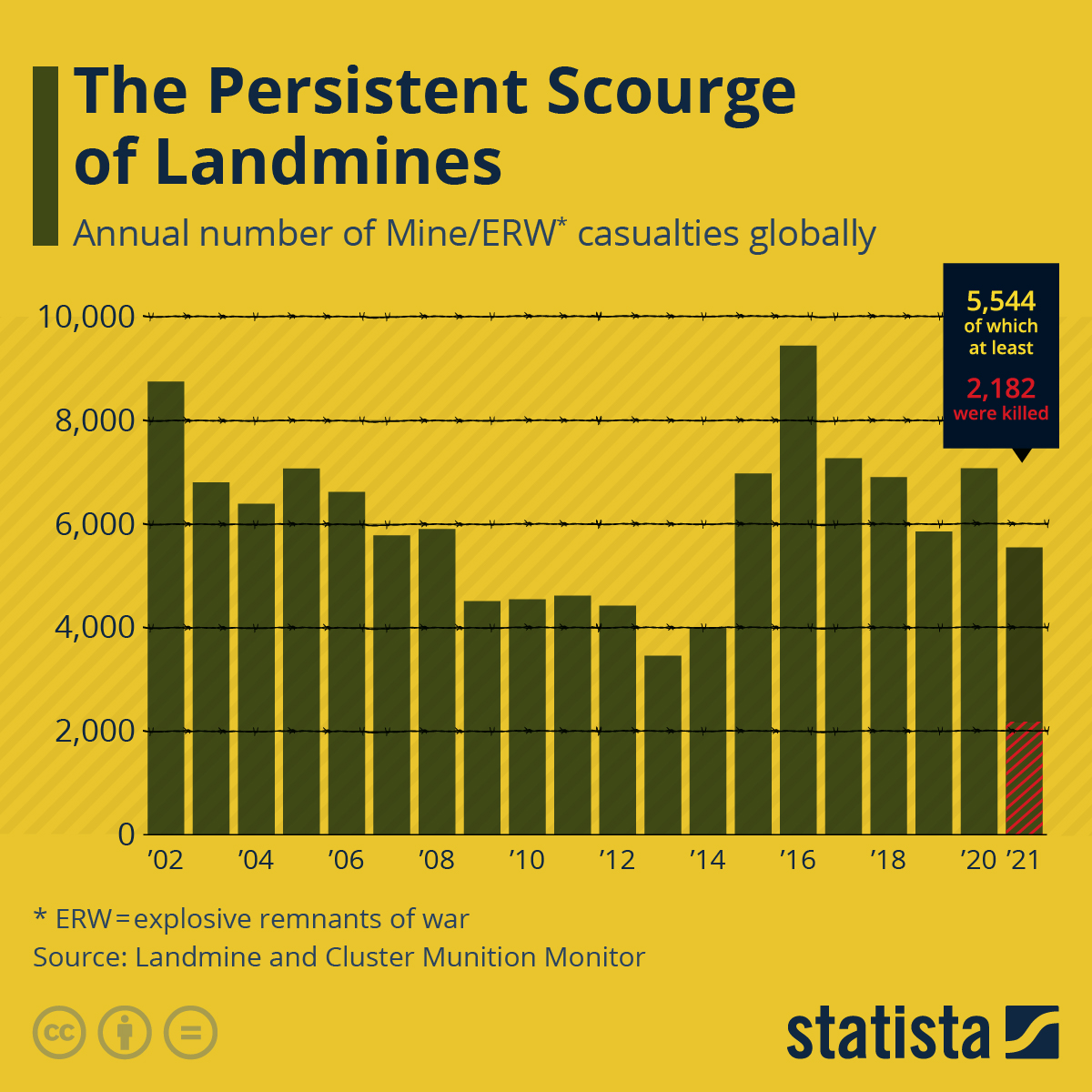