Difficult conditions due to inflammable materials in building

A large fire that broke out in an electrical appliance store in the northwestern suburb of Athens, Peristeri, a little after 5 am on Tuesday morning has destroyed the building, while authorities fear for the stability of the structure. The fire is still raging and the fire department has dispatched 30 fighters on the scene who are battling to put the blaze under control. Locals say the plumes of smoke had engulfed the surrounding buildings. Firefighters said the operation was particularly difficult as their efforts were impeded by the inflammable materials. 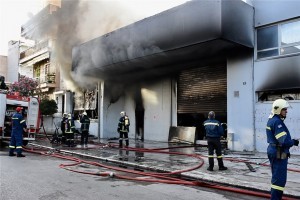 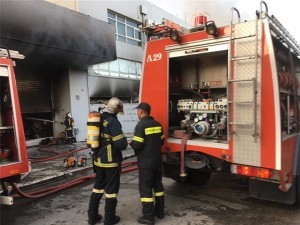