What is the next step? 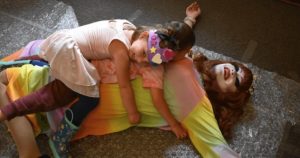 The photos, uploaded on a Flickr account, show children aged 5 and under playing around on top of drag queen Carla Rossi during an event at St. John’s Library.
The photos were swiftly removed once Life Site News drew attention to them. 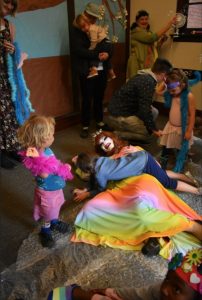 “Portland’s premier drag clown Carla Rossi (with intellectual support from her human avatar Anthony Hudson) attempts to chart the vast abyss of drag and its potential, addressing how drag’s many varieties, flavors, and houses correspond to the unchartable spectrum of genders and sexuality – with supporting looks at its legendary elders, artists, and ancestors, from Two-Spirits (and other-gender shamans of the pre-settler North American continent) and the Sisters of Perpetual Indulgence to Marsha P. Johnson, Leigh Bowery, Elvira, RuPaul, and Christeene,” Multnomah County states on its website about a similar upcoming event.
One of the participants at a Drag Queen Story Time event in Houston, 32-year-old Albert Garza, later turned out to be a registered sex offender who was convicted of assaulting an 8-year-old boy in 2008.
‘Desmond is Amazing’ – a 12-year-old child drag queen was also previously involved in Drag Queen Story Time. 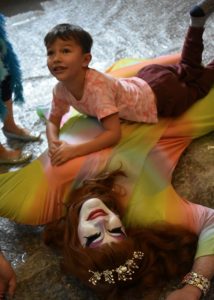