Chandrayaan-2 is expected to arrive in lunar orbit this September

India is on its way to the moon again — this time, to the lunar surface. 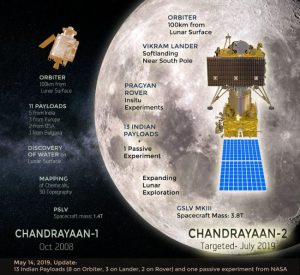 “My dear friends, today is a historical day for space and science technology in India,” said K. Sivan, Chairman of the India Space Research Organisation (ISRO), adding that the GSLV Mk III rocket placed Chandrayaan-2 in a better orbit than expected. “It is the beginning of a historical journey of India towards the moon and to land at the place near the south pole, to carry out scientific experiments, to explore the unexplored”.