Argentina celebrated the marriage of their national treasure Lionel Messi to his childhood sweetheart on 30 June. The footballer tied the knot with Antonella Roccuzzo in a star-studded ceremony in his hometown of Rosario.
In what local media have dubbed the “wedding of the century”, the couple were joined by 260 of their family members and friends, including Messi’s Barcelona team mates Luis Suárez, Neymar and Gerard Piqué who attended the event with singer Shakira.
Roccuzzo, 29, looked relaxed and radiant in a mermaid-style lace gown by Spanish designer Rosa Clara, who has dressed actress Eva Longoria and Queen Letizia of Spain. Messi, 30, wore a three piece suit with a powder blue tie.
Around 150 journalists were given accreditation to enter a specific area of the City Centre Complex where the couple later posted photos.
Messi first met Roccuzzo, the daughter of a supermarket owner, at the age of five. She was the cousin of his friend and professional footballer Lucas Scaglia. At the age of 13, Messi moved to Spain to play for Barcelona but the two continued to stay in touch and started dating later on.
In 2009, he finally went public with his romance, revealing that he had a girlfriend while a guest on the Catalan talk show Hat Trick Barça The couple have two sons together, Thiago and Matteo and live in Barcelona. 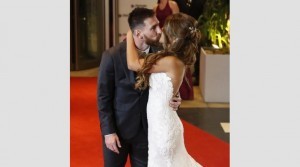 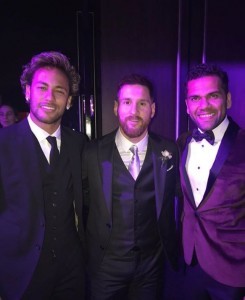 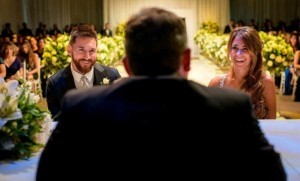 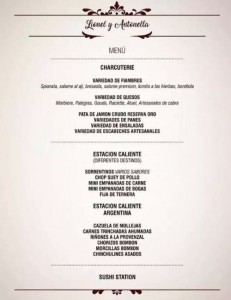 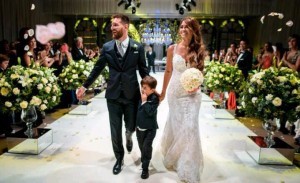 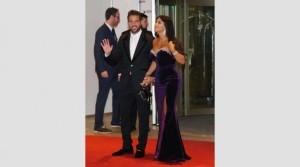 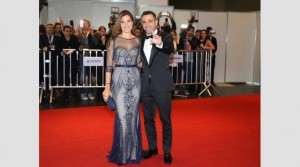 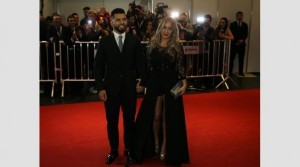 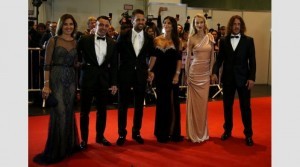