The leader of the Coalition of the Radical Left (SYRIZA) party Alexis Tsipras, wearing a Palestinian keffiyeh, attended a rally and a march to main Syntagma Square on Tuesday to protest the Israeli army military campaign in the Gaza Strip.

The rally and the march were organized by Leftist and Palestinian groups and immigrant communities. The protesters gathered at Syntagma and marched to the European Commission Representation offices in Greece and then to the United States Embassy.

Mr. Tsipras underlined that the brutality in Palestine must end immediately. “Palestine is in perpetual war and this war must end at some point,” said SYRIZA leader.

“When civilians and children are killed at beaches, this brutality cannot be tolerated. We cannot remain passive, because if this happens on the other side of the Mediterranean today, it can happen on our own side tomorrow. An important part of the Israeli people are opposed to brutality and ask for a just and sustainable solution that would create a democratic Palestinian state on the 1967 borders, in agreement with the UN resolutions,” he added. 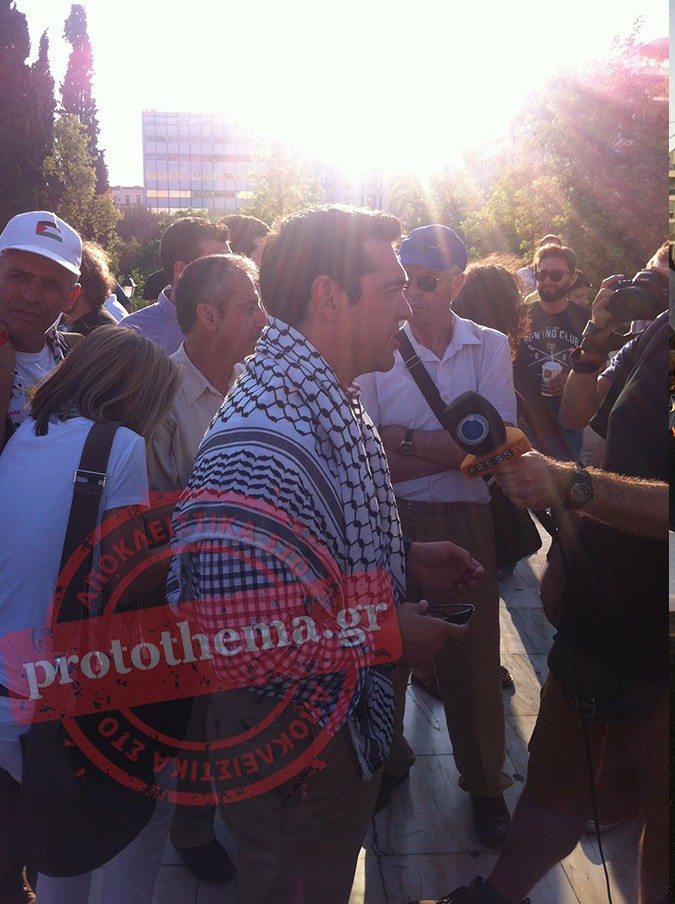 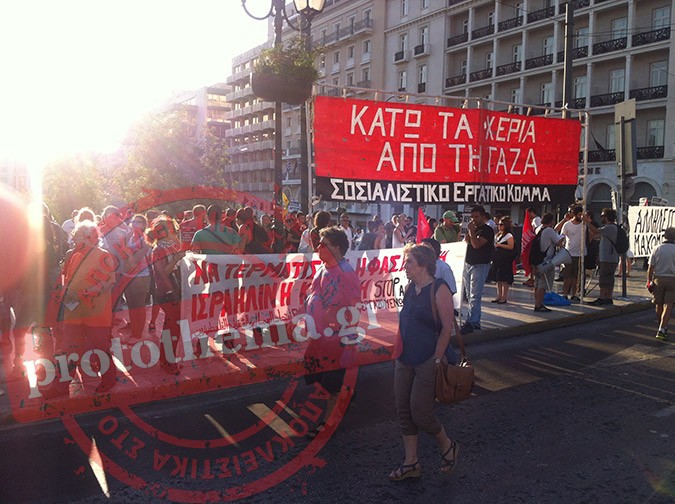 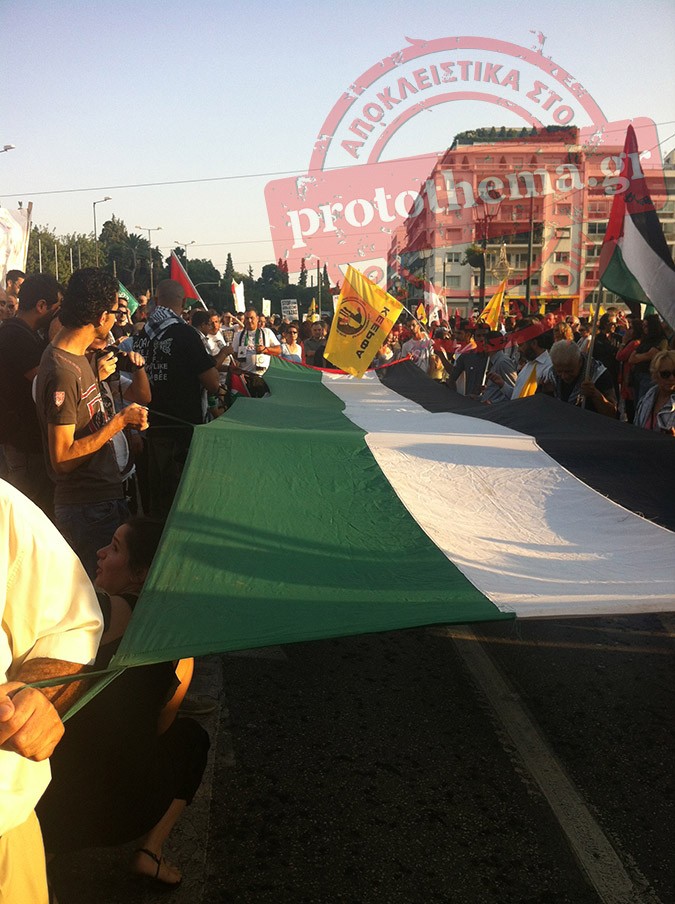 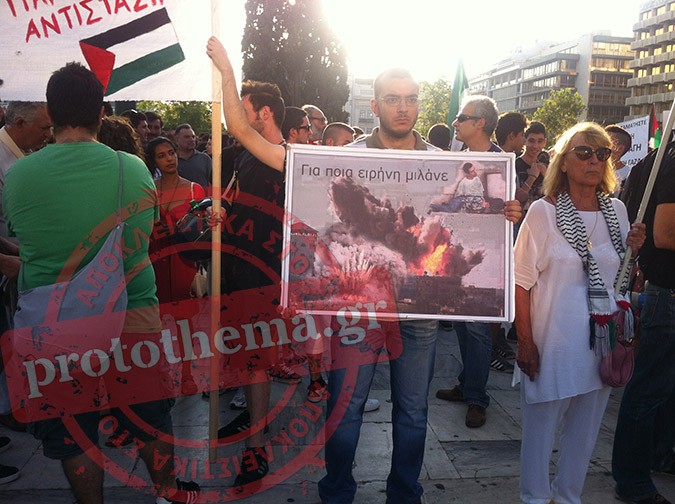 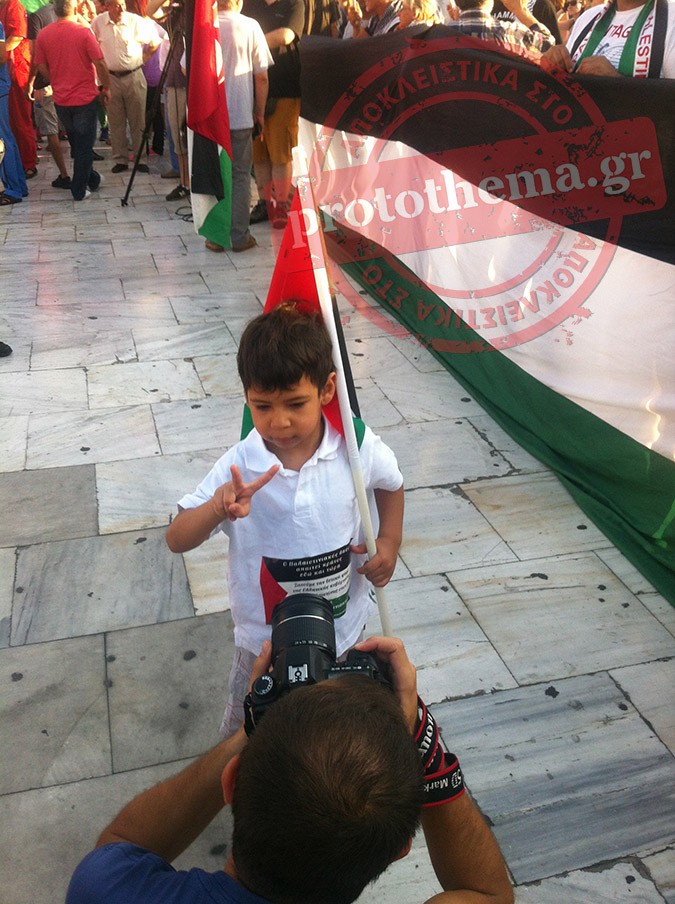 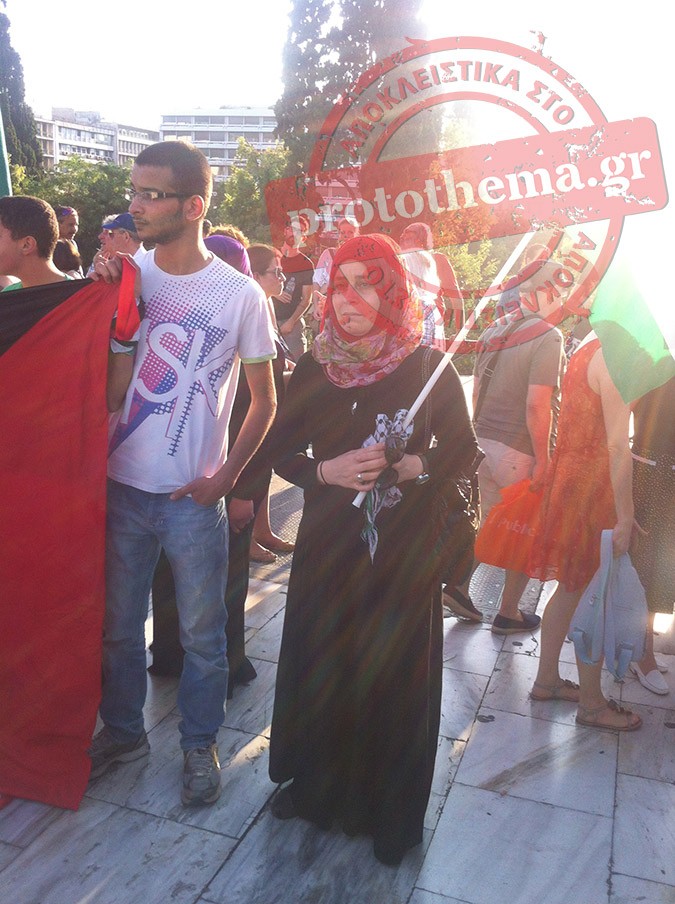 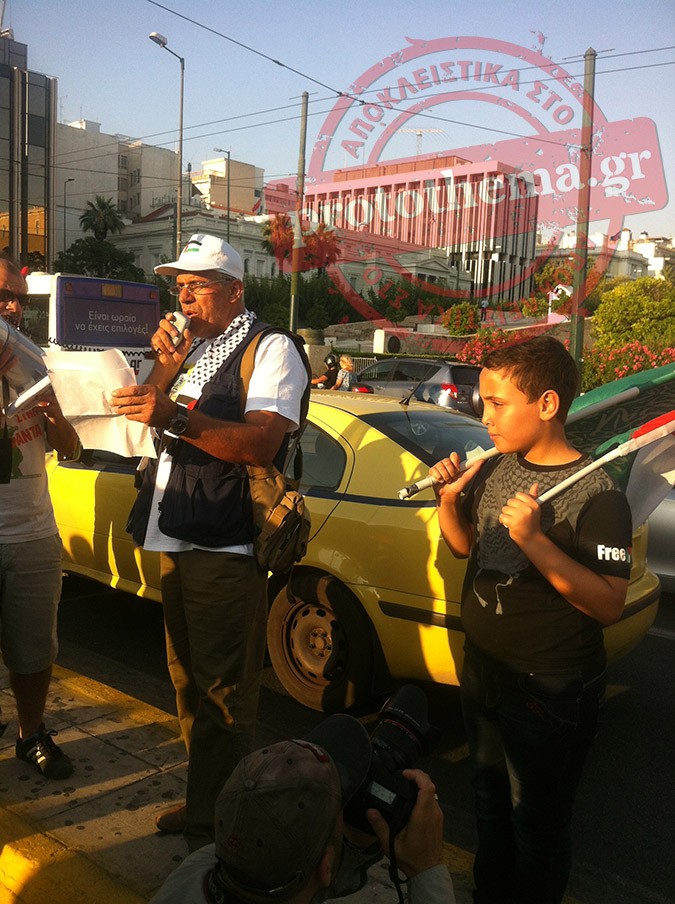 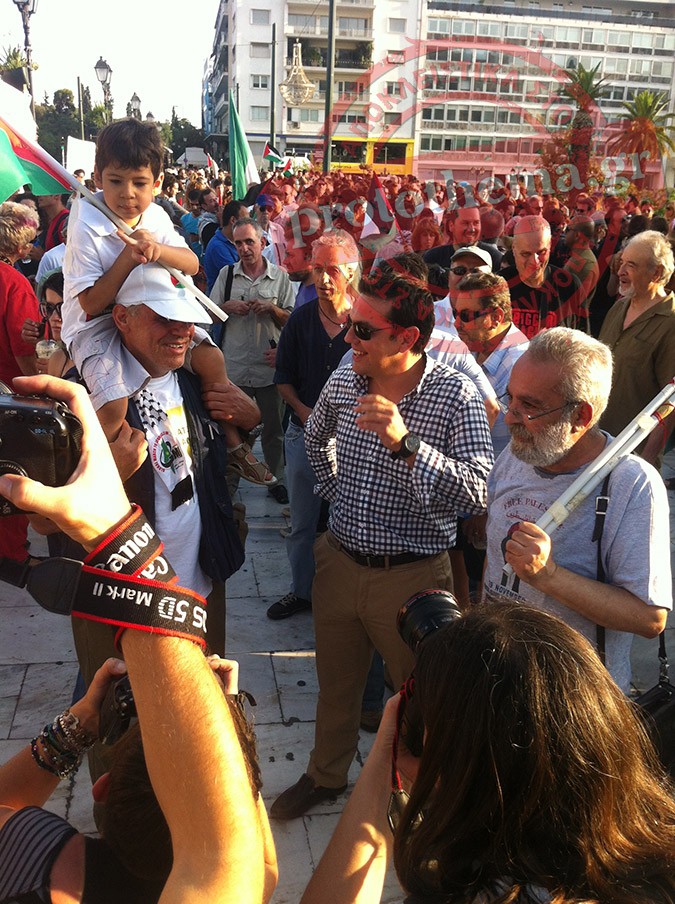 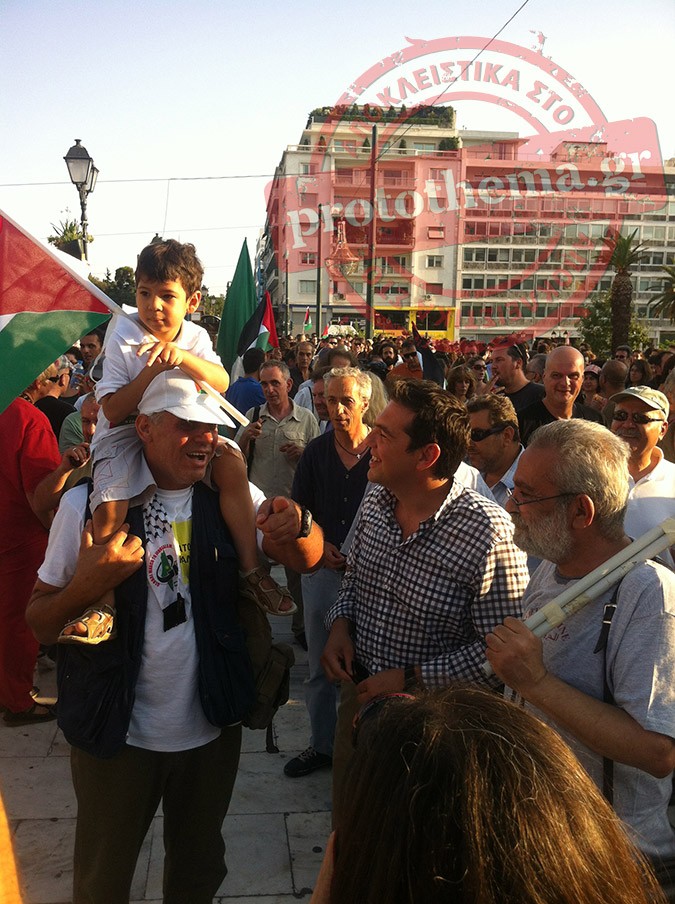 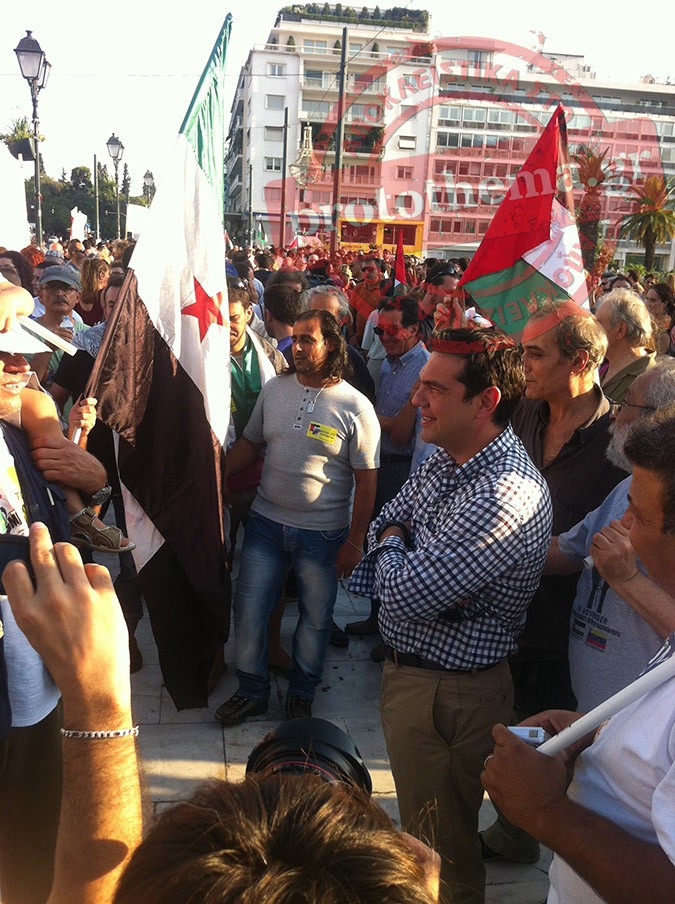 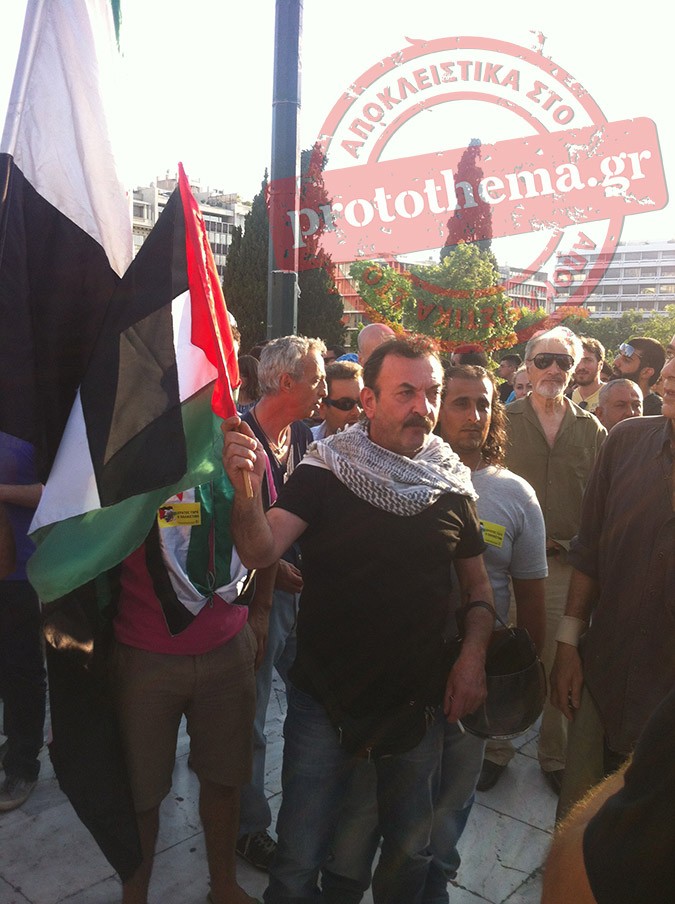 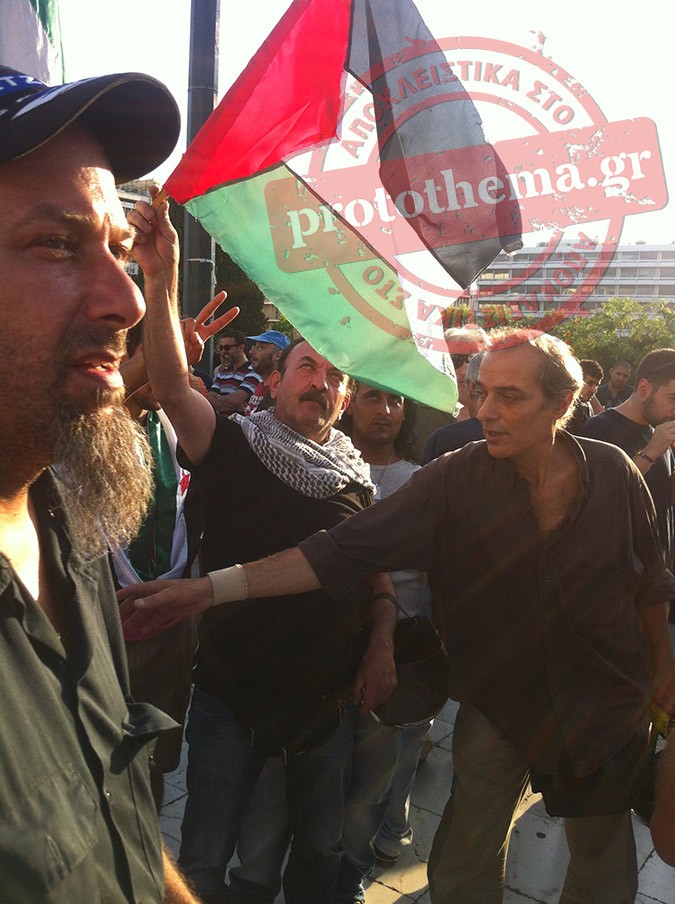 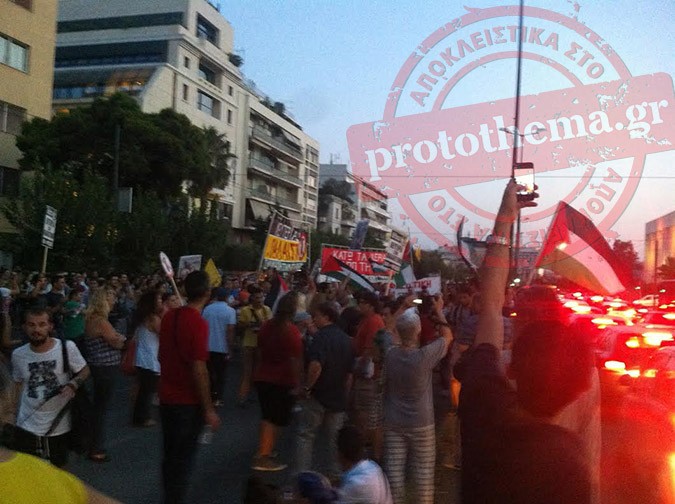