Archaeologists have harnessed sophisticated technology to reveal lost cities and thousands of ancient structures deep in the Guatemalan jungle, confirming that the Maya civilization was much larger than previously thought.

Experts used remote surveying technology to see through the thick canopy of forest, revealing more than 60,000 structures in a sprawling network of cities, farms, highways and fortifications. The extent of ancient Maya agriculture also stunned archaeologists, who said that the civilization produced food “on an almost industrial scale.” 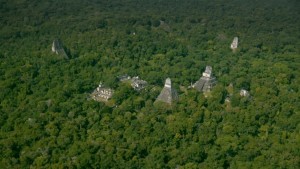 (Aerial view of the ancient Maya city of Tikal in Guatemala)

An international team of scientists and archaeologists took part in the PACUNAM LiDAR (Light Detection and Ranging) initiative, surveying more than 772 square miles of the Guatemalan jungle by plane. Their findings have been revealed in digital maps and an augmented reality app.

LiDAR uses a laser to measure distances to the Earth’s surface and can prove extremely valuable to study what is hidden in heavily forested areas. LiDAR is also used extensively in other applications, including autonomous cars where it allows vehicles to have a continuous 360 degrees view. 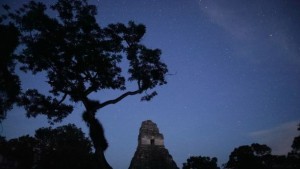 The incredible project will be shown on “Lost Treasures of the Maya Snake Kings,” which airs on National Geographic on Feb. 6.

“It’s like a magic trick,” says one of the archaeologists leading the project, Tom Garrison, in the documentary. “The survey is the most important development in Maya archaeology in 100 years.”

The study indicates that previous estimates that placed the population in the ancient Maya lowlands at between 1 million and 2 million need to be completely rethought. Based on the extensive survey, experts now think that up to 20 million people were living in the region. 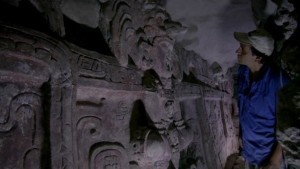 The Maya lowlands spanned Mexico’s Yucatan peninsula, Guatemala and Belize. From its heart in what is now Guatemala, the Maya empire reached the peak of its power in the sixth century A.D., according to History.com, although most of the civilization’s cities were abandoned around 900 A.D.

Archaeologists involved in the PACUNAM LiDAR project are also examining how an obscure royal dynasty known as the Snake Kings came to dominate the ancient Mayan world. The latest evidence suggests that the dynasty’s power stretched from Mexico and Belize into Guatemala. They conquered the great Maya city of Tikal in 562 A.D.

New light is also being shed on Tikal, deep in the Guatemalan rainforest. Using LiDAR, archaeologists identified a previously unknown pyramid in the heart of the city that was thought to be a natural feature. The city was also found to be three to four times larger than previously thought, with extensive defenses on its outskirts. The fortifications support the new theory that the ancient engaged in large scale wars, according to National Geographic. 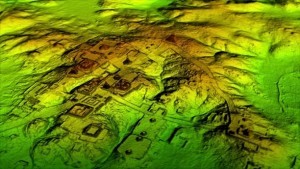 LiDAR was also used to reveal new details of the swampy valley around the Maya city of Holmul near Guatemala’s border with Belize. The LiDAR data show that the thousands of acres were drained, irrigated and converted into farmland, creating a landscape that archaeologists have compared to the central valley of California.

“There are entire cities we didn’t know about now showing up in the survey data,” says National Geographic Explorer Francisco Estrada-Belli, a joint leader of the project, in the documentary. “There are 20,000 square kilometers more to be explored and there are going to be hundreds of cities in there that we don’t know about. I guarantee you.”

The discoveries are just the latest finds to offer a glimpse into the Maya civilization. Last month, for example, experts in Mexico discovered a vast underwater cave system that may hold clues to the Maya. 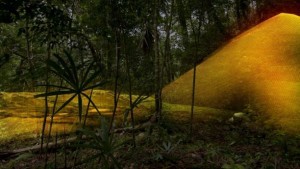 Last year, archaeologists in northwestern Guatemala uncovered the tomb of an ancient Maya king that is thought to date back to between 300 A.D. and 350 A.D.

In a separate research project published last year, experts also unearthed new clues about the civilization’s mysterious demise. Scientists have long believed that the civilization underwent two major collapses – the first of which took place around the 2nd century A.D., and the second, around the 9th century A.D. Using radiocarbon data, dating from ceramics and archaeological excavations, a team headed up by researchers from University of Arizona discovered new information on the collapses.

The data show that the collapses occurred in waves and were shaped by social instability, warfare and political crises. These events deteriorated major Maya city centers, according to the team. In addition, the team used the information from a site at Ceibal, about 62 miles southwest of Tikal to refine the chronology of when population sizes and building construction increased and decreased.

The new data point to “more complex patterns of political crises and recoveries leading up to each collapse,” the team explained.