Students are marching towards the US Embassy in Athens, protesting the strikes in Syria. The march started shortly before 1 pm on Monday and students are demanding Greece not take part in any way in the military operations against Syria by the US, Britain, and France.

With slogans like: “Rise up! No to the imperialist war in Syria – No participation of our country “, students and student clubs (Historical-Archaeological, Teachers, Kindergarten, Turkish Studies, NFEEBP, FEA, STETROD TEI ATHENS) gathered earlier at Propylaia to voice their opposition and indignation against the war.

During the march clashes with police resulted in the reported injury of a student, while a statue of US President Harry Truman was allegedly pulled down by the students. Meanwhile, Panepistimiou Avenue, Stadiou, Amalias, and Vasilissis Sofias have been closed.

“We give our hand to the people of Syria! Stop the carnage now!”, the students are chanting. 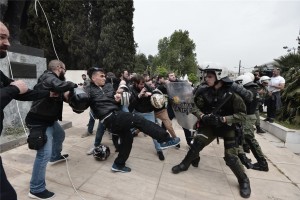 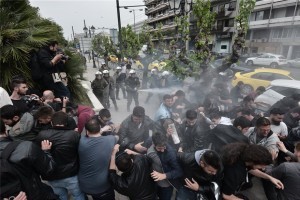 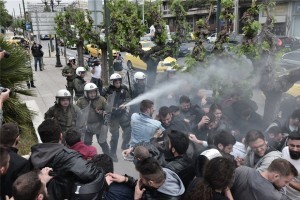 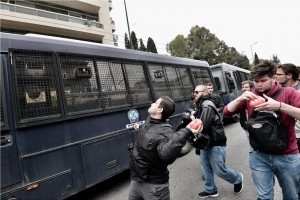