Archaeologists have made an exciting discovery, unearthing the remains of a Greco-Roman temple in Egypt.

The remains were found at the Al-Salam site in the Western Desert, situated near the Siwa Oasis and border of Libya.

Led by head archaeologist Abdel-Aziz El-Demery, the team found the main entrance of the temple, parts of its foundation, and an outer wall leading to a front courtyard surrounded by entrances to other chambers. 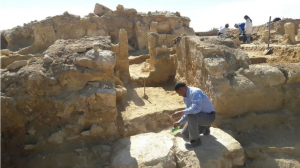 According to El-Demery, while removing debris from the site, they also uncovered architectural elements such as upper lintels decorated with various scenes, and corner pillars decorated with an egg-and-dart device that was common during the Greco-Roman era.

Meanwhile aside from the temple, archaeologists also uncovered two limestone lion statues, one of which is currently without a head, a sculpture of a man’s head believed to have Grecian facial features, the remains of pots, and coins. 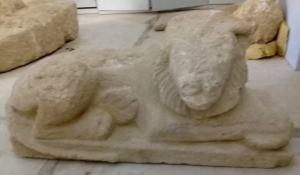 She said that it will go a long way in helping to shed light on the history of the Siwa Oasis, which is one of the most isolated Egyptian settlements.

According to the Egyptian Ministry of Antiquities, with further excavations set to take place throughout the year, they expect to find additional temple remains. 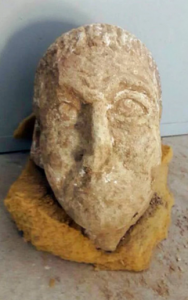