It plans to launch its service in 85 new markets

Over the next few days, Spotify will expand its global footprint significantly, as it plans to launch its service in 85 new markets and add 36 new languages to its platform. The ambitious international expansion that was announced at the company’s virtual “Stream On” event on Monday will bring the world’s most popular streaming services to new markets across the world, with 40 African countries the most notable addition.

According to Spotify’s official announcement, the move will grow the company’s potential reach by more than a billion people as it aims to build “a truly borderless audio ecosystem”. Prior to the latest expansion, the streaming service had been available in 93 markets including only a handful of African nations.

At the end of 2020, Spotify had 345 million monthly active listeners and 155 million premium subscribers. Following a growth spurt in 2020, which saw the streaming giant add 30 million subscribers over the course of 12 months, the rollout to 85 new regions (marked in yellow on our chart) could help avoid a potential post-pandemic slowdown and keep the momentum going. 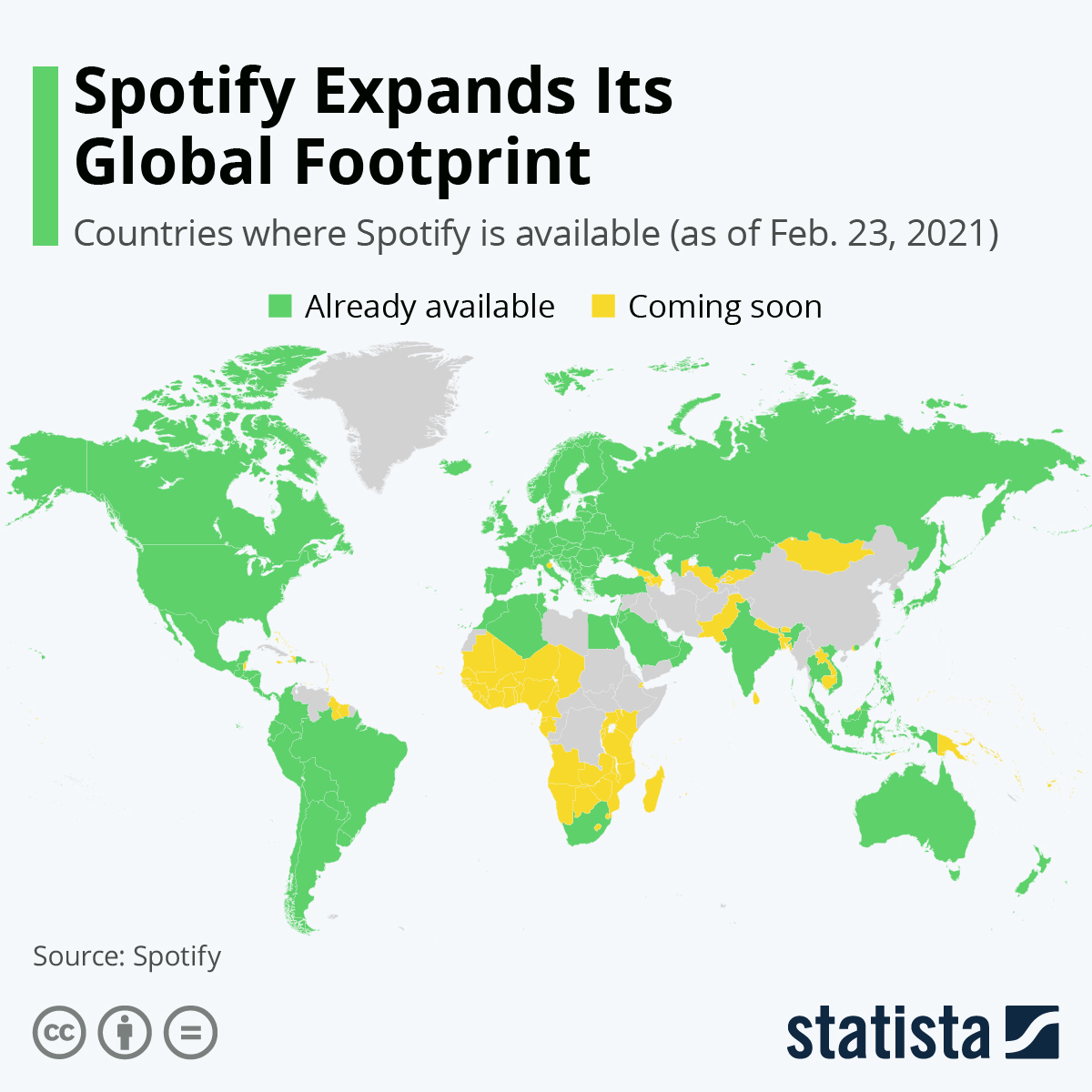