Nine of the 200 Syrian refugees staging a protest sit-in at Syntagma Square central Athens fainted on Tuesday as a result of the hunger strike that they began on November 19 to draw attention to their problems. Prior to this, a pregnant woman was taken to hospital after showing symptoms of hypothermia. 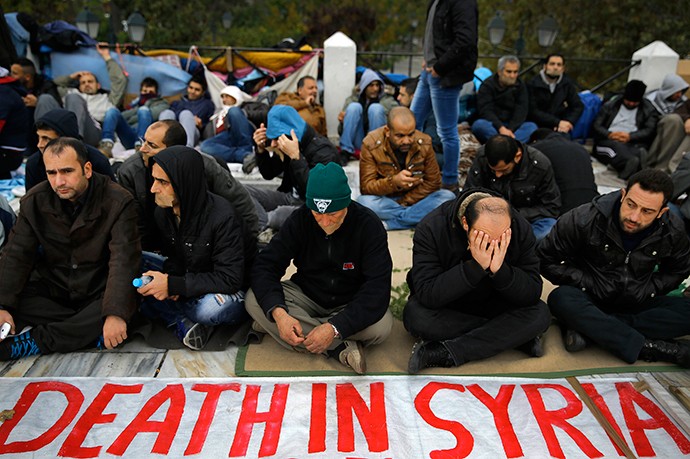 The Syrian protestors want to be granted asyulum status, housing as well as healthcare. Medical access is a great problem for the group, especially children. The group that is braving the cold and camping out on cardboard boxes is making this bid in the hope that they will be able to improve their living conditions. A number of them are sitting with tape on their mouths. 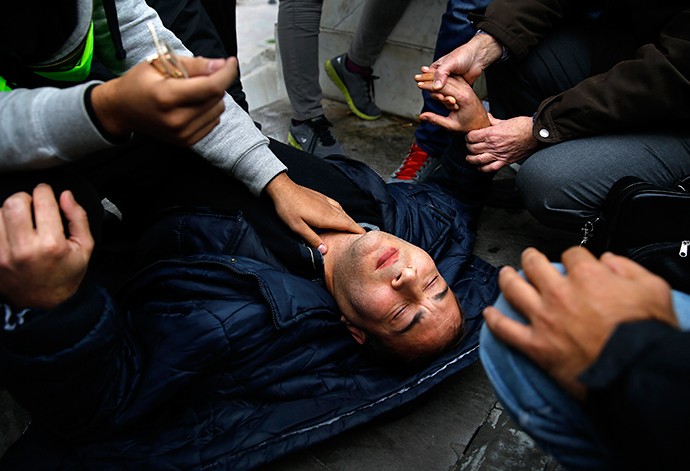 Posters demand the Greek government to find a solution to their plight as many are living in substandard conditions in overcrowded detention centers. 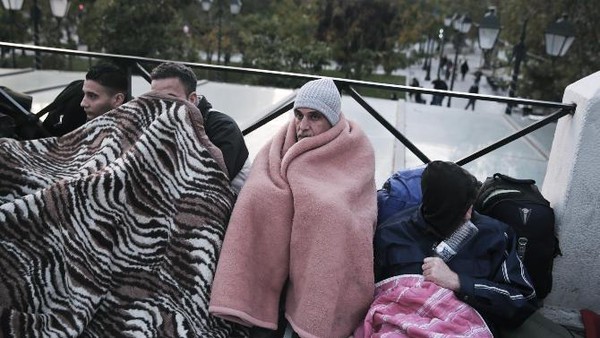 The cashstrapped Greek government doesn’t have the resources to deal with refugees, a growing problem. Athens prefect Rena Dourou of the main opposition Coalition of the Left SYRIZA party pledged to do everythign possible to find a solution with other groups, such as the Church of Greece. 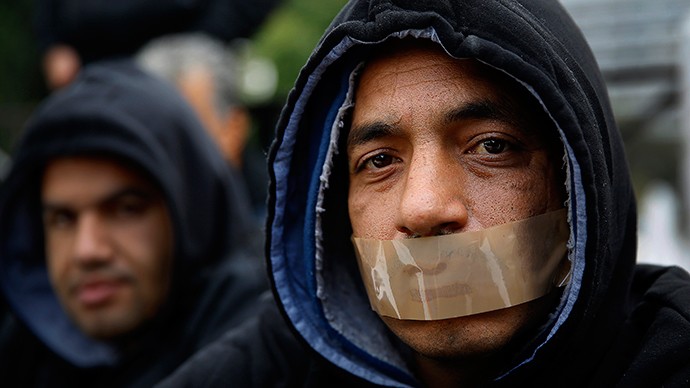 Most were smuggled into the country from Turkey in order to flee war-torn Syria. They hope to travel to northern Europe but are stranded in Greece.