“The Greeks helped us with everything we needed, from sharing combat doctrines & flight tactics” 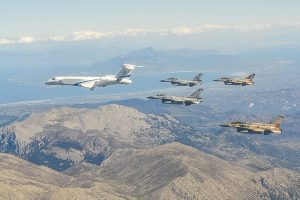 The IAF placed an emphasis on the content of the exercise early on in order to utilize the challenging Greek topography as best as they could. “It was an interesting experience”, said Maj. Y’. “The Greeks were attentive and helped us improve the quality of the exercise”.

The cooperation with the Hellenic Air Force has various advantages, one of which is the geographical distance between the two countries. “The distance allows us to drill long flights similar to those we fly during operational activity”, emphasized Maj. I’, Head of the IAF’s Europe & Asia International Affairs Branch. “The exercise in Greece provided us with the opportunity to fly over expansive terrain, and the tall mountains helped simulate the operational theatre”. 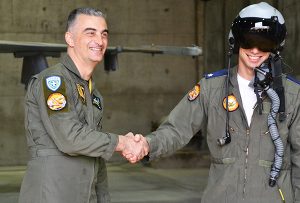 An additional advantage in the joint exercise is that Greece is a member of NATO (North Atlantic Treaty Organization) and that its air force operates according to NATO combat doctrines. These doctrines are different from the ones utilized by the IAF, which provides an opening for mutual learning. “The difference between the air forces is seen in the mode of training: NATO members fly with a large amount of formations in the sky, while the IAF aims for smaller four-aircraft formations”.

The Foundations of Success

Another difference between the air forces exists in the field of exercise management: in the IAF, the exercise is managed by a central control station; in the Hellenic Air Force, a mission commander is at the head of the exercise. As part of the combined exercise, Greek fighter jets arrived at the exercise from various airbases across the country. However, in the IAF, all the aircraft flew in from the same airbase after being briefed together. “We are very focused in our training”, explained Maj. Y’. “We get down to the finest details whenever a four-aircraft formation takes off on a sortie – we believe that each aircrew member has to be as professional as possible in the cockpit in order to achieve the best results possible”. 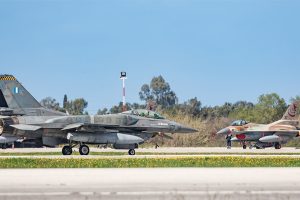