At the beginning of the week, the American Federation of Scientists (AFS) revealed that China is building a large field of nuclear missile silos near the prefecture-level city of Hami in Eastern Xinjiang. It was revealed in a series of satellite images and remains at an early stage of construction with dome shields erected over 14 silos. Considering its grid layout, the AFS believes it will eventually comprise 110 silos in total. The discovery comes after another silo field was uncovered two months ago in the desert area of Yumen. It is also under construction and should eventually yield 120 silos and both facilities mark the most significant ever expansion of China’s nuclear arsenal.

China has operated around 20 silos for liquid-fuel DF-5 intercontinental ballistic missiles (ICBMs) for decades. As well as the 230 silos being built at the two fields cited above, approximately a dozen more are being constructed at Jilantai while it is possible that more are being added in existing DF-5 deployment areas. That means that approximately 250 Chinese nuclear silos are currently being built, a figure that is more than 10 times the number of silos the People’s Liberation Army Rocket Force (PLARF) operates today.

The AFS report states that the number of Chinese silos being built represents the highest number since the cold war and exceeds the total number of silo-based ICBMs operated by Russia, as well as constituting more than half of the U.S. ICBM force. Separate data maintained by the AFS and updated most recently in May 2021 shows that Russia still has 6,257 nuclear warheads, the highest number worldwide. The U.S. inventory currently amounts to 5,550 while China’s stands at just 350. The latter figure will surely climb significantly once the silo fields in Hami and Yumen are completed. 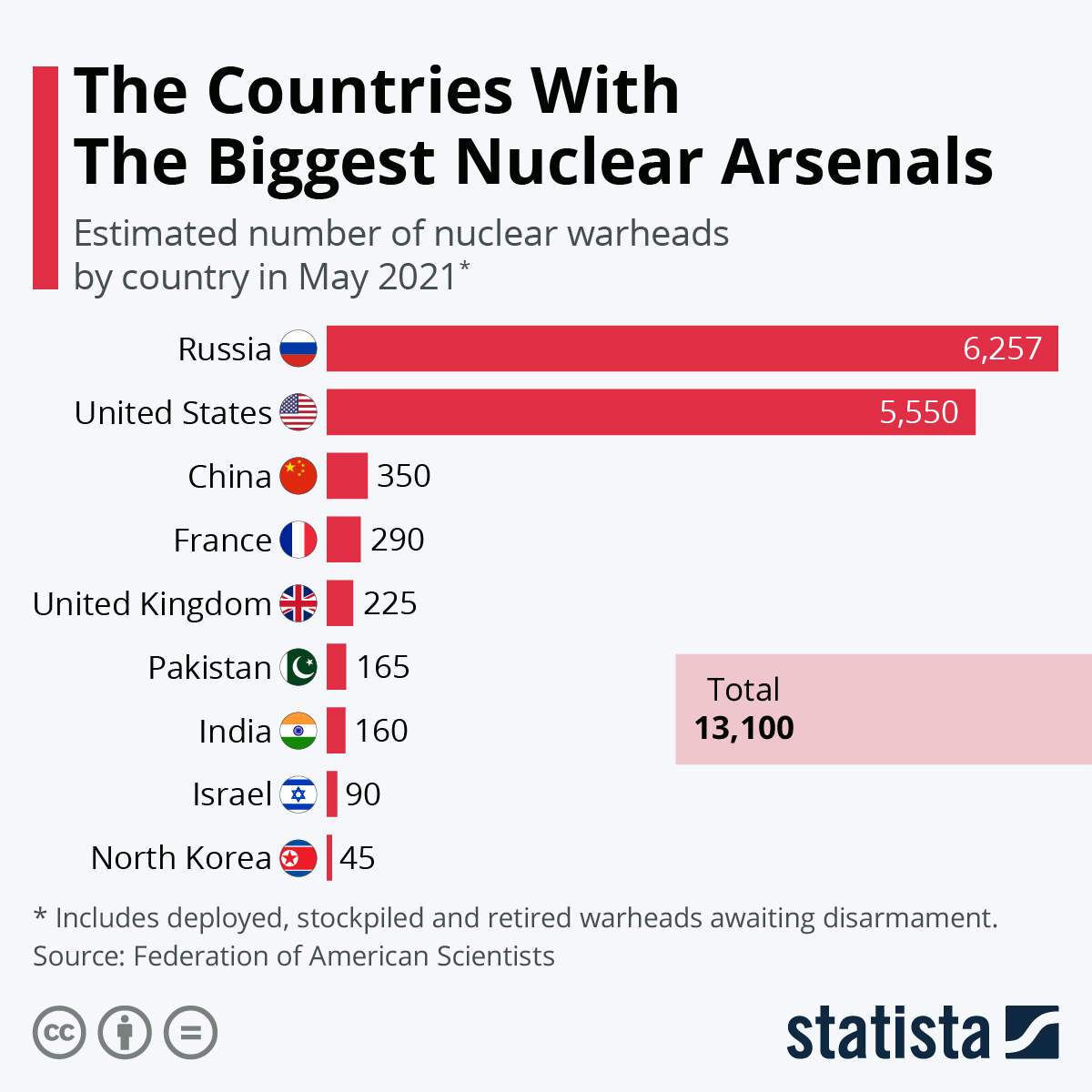