Rwanda comes first by quite a distance with its lower house 61.3 percent female as of January 2021. That is largely down to its horrific 1994 genocide which left the country with a population that was 60-70 percent female with most women uneducated and unaccustomed to holding jobs outside the home. Rwanda was forced to implement sweeping changes and open society to women, part of which involved a quota mandating that women hold 30 percent of political seats. Cuba has the second-highest share of women in its legislature at 53.4 percent while exactly half of the UAE’s Federal National Council is female. 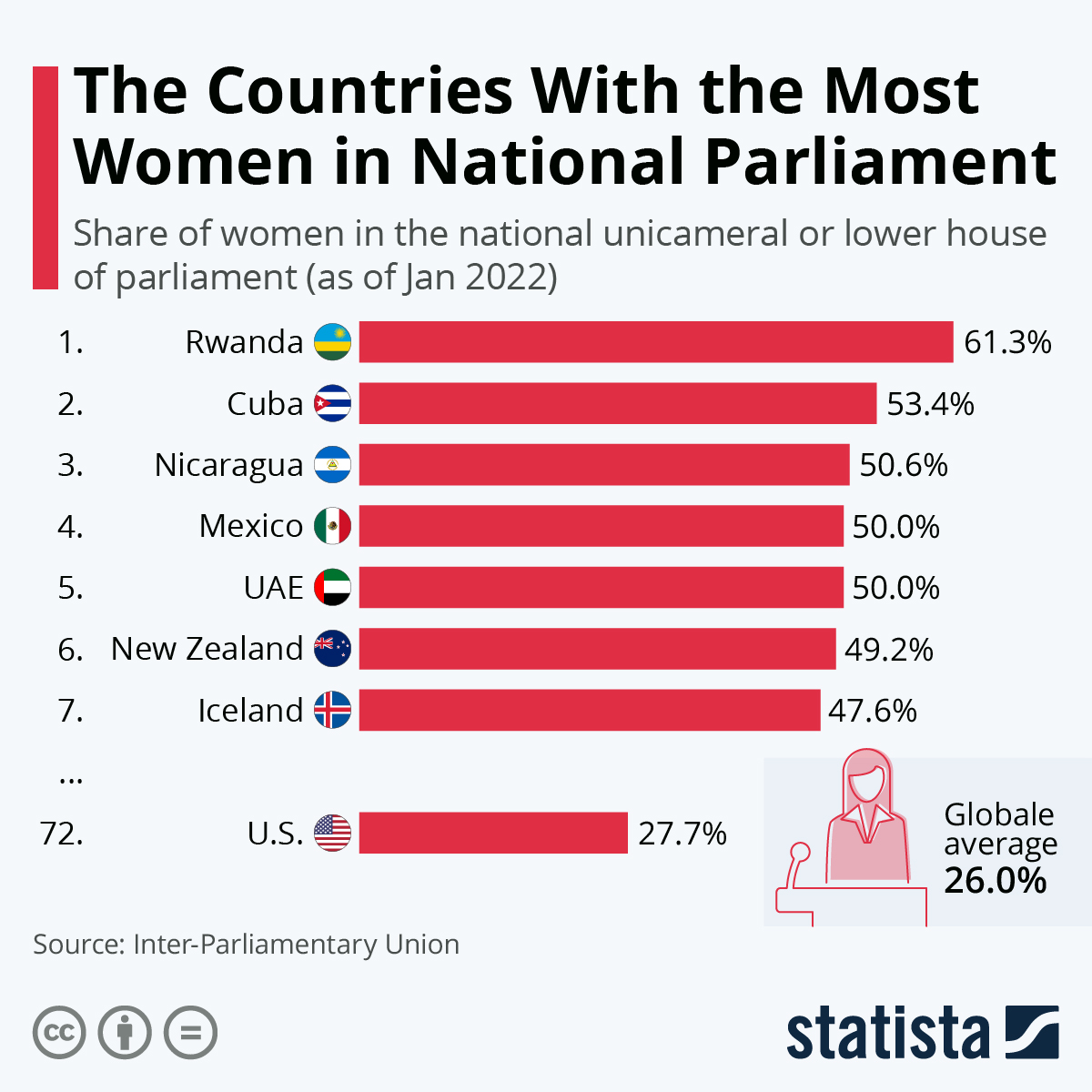