What actually happened in Hamelin?

“When, lo! as they reached the mountain-side,
A wondrous portal opened wide,
As if a cavern was suddenly hollowed;
And the Piper advanced and the children followed,
And when all were in to the very last,
The door in the mountain-side shut fast.

Robert Browning, The Pied Piper of Hamelin: A Child’s Story”

Many are familiar with the story of the Pied Piper of Hamelin. Few realize however, that the story is based on real events, which evolved over the years into a fairy tale made to scare children.

The Pied Piper of Hamelin Story

For those unfamiliar with the tale, the Pied Piper of Hamelin is set in 1284 in the town of Hamelin, Lower Saxony, Germany. This town was facing a rat infestation, and a piper, dressed in a coat of many colored, bright cloth, appeared. This piper promised to get rid of the rats in return for a payment, to which the townspeople agreed.

Although the piper got rid of the rats by leading them away with his music, the people of Hamelin reneged on their promise. The furious piper left, vowing revenge. On July 26 of that same year, the piper returned and led the children away, never to be seen again, just as he did the rats.

Mysterious radio signal is coming from inside our galaxy, scientists announce 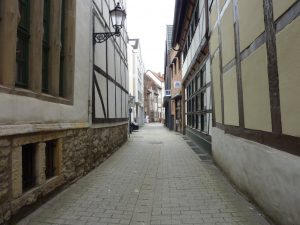 (The supposed street where the children were last seen is today called Bungelosenstrasse -street without drums-, as no one is allowed to play music or dance there)

The Record Shows No Rats

The earliest known record of this story is from the town of Hamelin itself. It is depicted in a stained glass window created for the church of Hamelin, which dates to around 1300 AD. Although it was destroyed in 1660, several written accounts have survived. The oldest comes from the Lueneburg manuscript (c 1440 – 50), which stated: “In the year of 1284, on the day of Saints John and Paul on June 26, by a piper, clothed in many kinds of colours, 130 children born in Hamelin were seduced, and lost at the place of execution near the koppen.” A 1384 entry in Hamelin’s town records also grimly states “It is 100 years since our children left”.