Russia has been commemorating Yuri Gagarin’s achievements to mark the 60th anniversary of his historic space flight. On April 12, 1961, Gagarin launched in the Vostok 1 spacecraft from Baikonur Cosmodrome and orbited around the Earth for 108 minutes before safely landing in Southeastern Russia. The flight was a triumph for the Soviet Union, illustrated its technological prowess and kicked off the space age. Gagarin became a hero and is still one of the most admired figures in Russia to this day, the subject of countless statues, murals and artworks. Unfortunately, Gagarin was killed just seven years after his historic achievement when his MIG-15 jet crashed in mysterious circumstances.

He certainly paved the way for hundreds of intrepid travelers who followed in his footsteps. The International Astronaut Database at The Center for International and Strategic Studies stated that more than 500 people from nearly 40 countries have traveled into space and this infographic shows the number of passengers launched each year (rather than unique astronauts who may have launched on multiple occasions).

The number of people heading into orbit peaked in 1985 at 62, 58 of whom were male and four of whom were female. While space exploration has been male dominated, women are increasingly making their prescence felt and in 2017 and 2018, two women lifted off along with seven men. Friday saw the latest space travelers blast off from Kazakhstan on a mission that was dedicated to Yuri Gagarin. The two Russians and single American occupying the Soyuz MS-18 safely docked with the International Space Station. There they were welcomed by two Russian cosmonauts, four NASA astronauts and one astronaut from Japan. 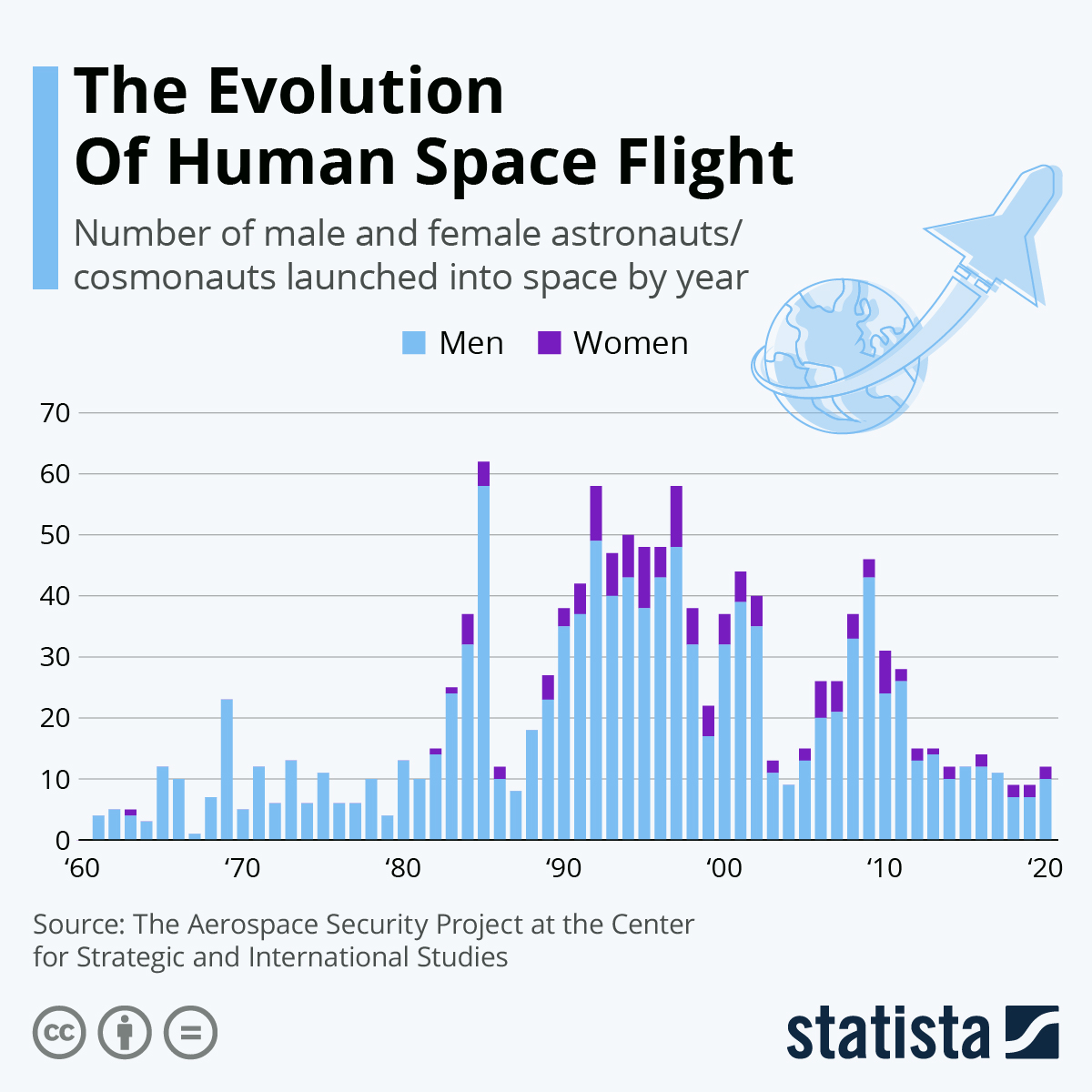