The Venetsanos winery, above the port of Athinios, overlooks the magnificent caldera of Santorini. One of the oldest wineries on the island, it has a long tradition and is today a major exporter, particularly to Russia. 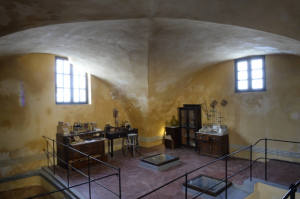 The winery was built in 1947 by the Venetsanos family and became the first mass-production winery on the island. Its most impressive feature is its structural design, which utilized the law of gravity to facilitate energy efficiency, at a time when access to electricity and other sources of energy was limited. The winery was built in an unconventional way, constructed from above and moving downwards, with a total of four levels. 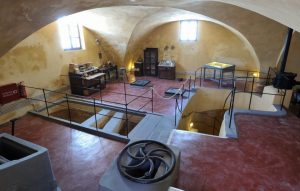 Extensively renovated to meet modern standards, what remains from the early days of the winery is a rusty tube at the end of a tunnel. This tube is a relic from a time when wine flowed directly to the harbor in a tank to be loaded on the ships. 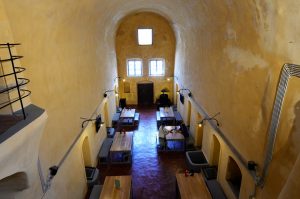 Taking advantage of the beautiful location overlooking the caldera, the winery also has a terrace which is available for events such as weddings, while tours of the winery are offered practically all year round. 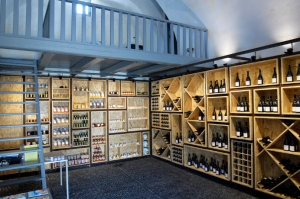 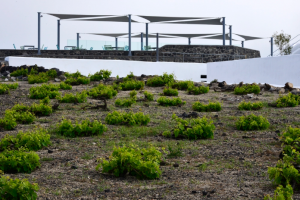 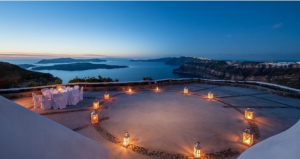