Death rates are down and life expectancy is up slightly in the U.S., according to two new reports from the Centers for Disease Control and Prevention, marking the first time since 2014 the U.S. life expectancy has increased.

Other factors include a 2.2 percent decrease in cancer deaths, as well as a decrease in unintentional deaths for the year.

Deaths from the opioid crisis, however, were up astronomically in 2018, with the CDC reporting a 10 percent increase in synthetic opioid-related deaths between 2017 and 2018. Overdoses from specific drugs like cocaine and fentanyl have also increased by double-digit percentages over the last years leading up to 2018.

Suicide rates are also continuing to rise, with a 1.4 percent increase between 2017 and 2018 in the country. The U.S. has perennially held one of the highest rates of suicide in the world. 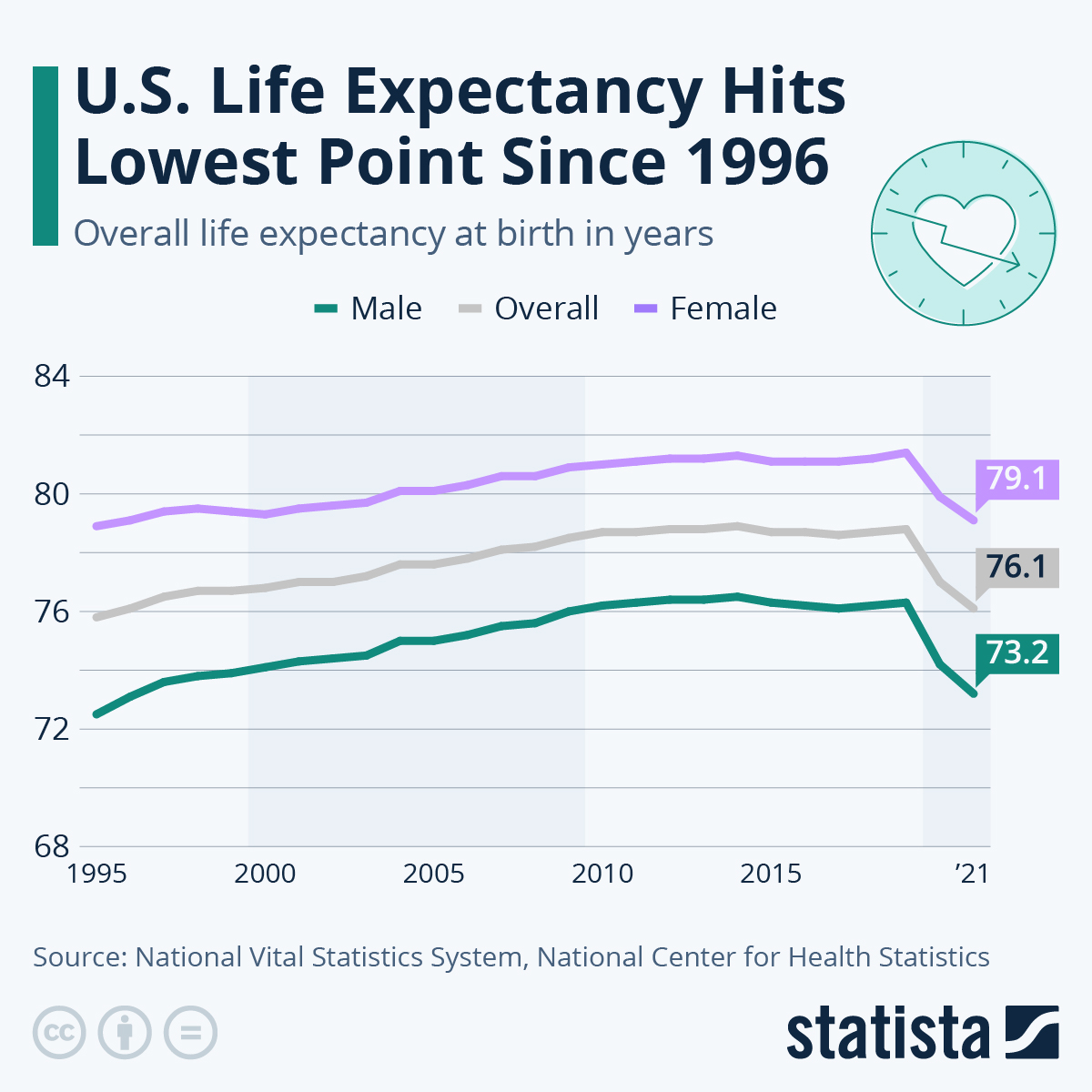