ENFIA to continue in April, privatizations, VAT at 15-16%, people encouraged to bring money back to Greece from overseas bank accounts

Greek Finance Minister Yanis Varoufakis said he was certain that Athens would repay the 1.5-bln-euro loan to the International Monetary Fund (IMF) for March. “We are confident that the repayments will be made in full, particular to the IMF, and there will be enough liquidity to ensure we can get through to the end of the four-month period,” he said in a late-night interview with STAR.

“There will be no credit event in March, nor in the entire quarter,” he said, adding that insolvency and an exit from the Eurozone would be the worse thing that could happen. He added that nobody else in the Eurogroup would want a credit event either, but said that he disagrees with the viewpoints of  SYRIZA deputy Kostas Lambavitsas who told the Guardian that there could be no end to austerity if Greece remained in the euro. Varoufakis said that Lambavitsas has built his career based on a return to the drachma. “A return to the drachma is not a solution in any case!” he stated, explaining that “if Greece leaves the eurozone, then we would return to the Neolithic Age!” 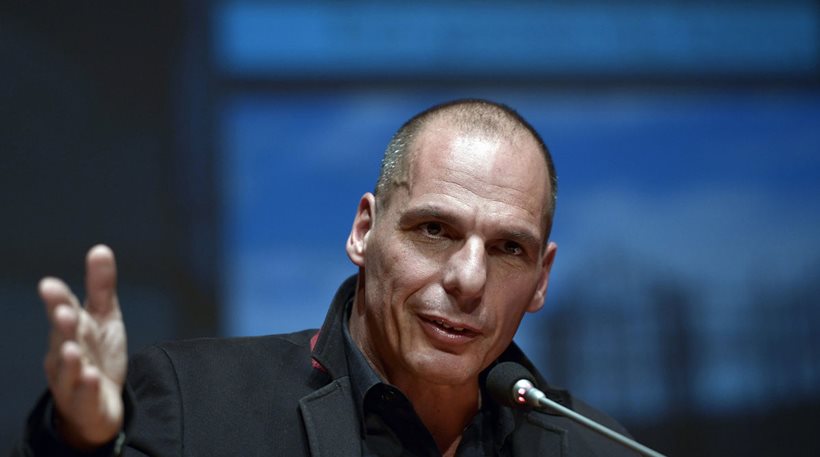 During the meeting of the Government Council of Economic Policy (KYSOIP) held under the leadership of Deputy Prime Minister Giannis Dragasakis on Monday night, Greece’s negotiating line was chartered. “On Monday, I will go to Eurogroup with a file containing 6 reforms to see which of these can be directly applied,” said Varoufakis without giving details as to what these reforms would entail. He said that the EFSF announcement was composed following the orders of the Eurogroup, pointing out that the joint announcement made no reference to the MoU but to the Greek proposals.

The Greek Master Financial Assistance Facility Agreement (MFFA) is a legal contract between the European Financial Stability Facility (EFSF), the Greek government, the Greek central bank, and the Hellenic Financial Stability Fund (HFSF), which is Greece’s national bank recapitalisation fund. It specifies the terms and conditions of the financial assistance to Greece, regarding e.g. the loan amount, availability period, fees, interest and repayment. It is signed by the EFSF CEO and the Greek Finance Minister. The provision of financial assistance under the MFFA is conditional upon Greece’s compliance with policy reform measures set out in the Memorandum of Understanding (MoU), which was agreed by Greece, the European Commission, and the ECB. The MoU is a separate and self-standing document, but is linked to the MFFA – no disbursement can be made without MoU compliance, which is assessed by the institutions. The Greek MFFA originally expired on 31 December 2014. But on 19 December 2014, the EFSF Board of Directors decided to grant a technical extension until 28 February 2015. On 27 February 2015 the EFSF Board of Directors decided to further extend the Greek MFFA by four months until 30 June 2015. In addition, it should be noted that the MoU is a document that is often updated when a review takes place, potentially reflecting new circumstances and the need to adapt the list of policy measures to be implemented. The MoU (unlike the MFFA) did not have to be extended because it has no termination date.

He pointed to the differences between the reforms list he submitted and the e-mail sent by former conservative finance minister Gikas Hardouvelis to the troika of Greek international creditors from the European Commission, European Central Bank and IMF. He said that the greatest difference is that the new government managed to separate the loan from its terms, ie. the Memorandum. He also pointed to the fact that a more “suitable” primary surplus was agreed upon stopping the “automated bleeding austerity”. Furthermore, he criticized his predecessor for never entering negotiation with Greece’s creditors.

He said that the Memorandum is over and denied that Troika would be coming to Athens over the coming days.

Measures being examined by the government

Varoufakis appeared surprised when asked by STAR concerning the 8-10% salary increases in contracts at the Public Power Corporation that have already been signed. Appearing taken aback, he denied to comment unless properly informed of the matter.

Nonetheless he was prepared to give an outline of measures being discussed by the government, specifically refering to:

* A settlement of regulation for 100 installments under discussion with partners

* “We are working towards a solution for those who paid their taxes on time,” he said

* “We are not making unilateral moves that would have serious fiscal repercussions over the next quarter,” he said

Varoufakis announced that the controversial single property tax ENFIA, that SYRIZA had criticized during its term in opposition, would continue to exist in April when the first installment for taxes in 2015 would begin. He said that “to change ENFIA could take 2-3 months. It is a patriotic duty to keep paying until the property tax law changes!”

He did not clarify as to whether there will be a cancelling out of the installment already paid as a result of the outgoing ENFIA tax once it is replaced with the large-property FMAP tax.

The usually outspoken Varoufakis was tight-lipped when it came to VAT and appeared restrained in his response stating merely that he would like VAT to be 15-16% as opposed to 23%. He characterised VAT taxes generally as taxes that are  “silly, unfair and ineffective”.

Concerning tax evasion, he said that lists have been unified and soon action will be taken against those who register 4-5,000 euros worth of income but suddenly buy mansions. “These people will have problems,” he said. He denied that an emergency tax would definitely be imposed.

Varoufakis announced a regulation for “voluntary legalization for those who took money abroad.” This measure foresees that those who have money abroad would be able to declare this or bring it back otherwise they would be taxed or be investigated for black money. This measure will come into effect immediately.

–  Investments are necessary for the Railway Organization of Greece, but not for the Public Power Corporation

–  The Cosco investment is important

–  What happened with the Greek Organisation of Football Prognostics S.A. (OPAP) was unacceptable but that’s over now

–  Ellinikon is prime real estate and the price is very low, there is no sale due to the crisis