The  Chief of the Hellenic National Defence General Staff (HNDS) General Konstantinos Floros was present the ongoing bilateral exercise LIVEX (Live Exercise) of Greece and the Kingdom of Saudi Arabia under the name “FALCON EYE – 2”, on the occasion of his presence on the Distinguished Visitors Day (DV Day) of the exercise, in the context of the completion of his official visit to the Arab country. 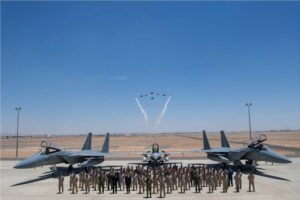 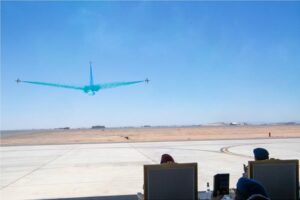 The impressive air show took place, during which low crossings of mixed formation F-16 fighter jets of the Hellenic Air Force and F-15 of the Royal Air Force of Saudi Arabia were performed, as well as an Airshow of the acrobatic team of “Saudi Falcons”. 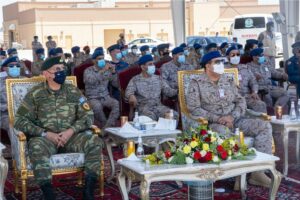 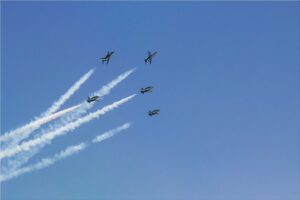 General Konstantinos Floros noted the value of the “FALCON EYE” series of exercises in terms of deepening the cooperation between Greece and Saudi Arabia, as well as the requirement to execute advanced scenarios, in order to maximise the educational benefit and increase the combat capability of the participants and the interoperability between the armed forces. 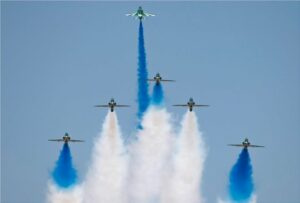 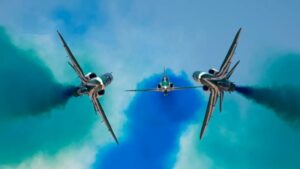 Prior to the exhibition, there was a briefing on the conduct of “FALCON EYE – 2” by the commander of the airbase KING FAISAL Major General Naser bin Saeed Al-Qahtani, in the presence of the missions of the 2 countries, where he pointed out their significant contribution of the Greek army to security and stability in the region, which the two countries consistently and responsibly support. 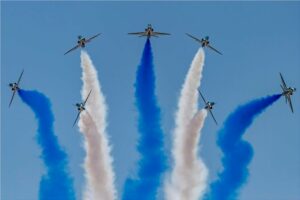 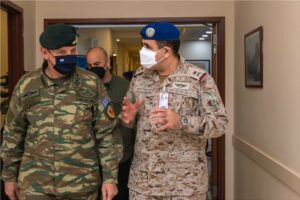 This exercise is a continuation of “FALCON EYE – 1” and ends on Wednesday, June 2, 2021. For this purpose, 4 F-16 aircraft, 1 C-130 aircraft, as well as ground support personnel of the Hellenic Air Force were relocated for the first time at KING FAISAL airbase in TABUK, Kingdom of Saudi Arabia. 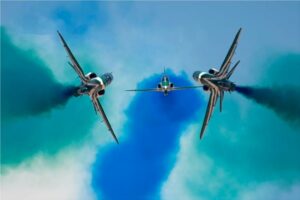 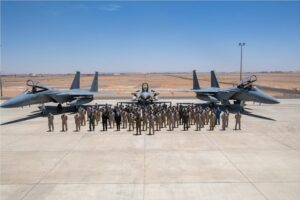