Video games are not only popular among kids. Around the world, millions of adults play video games too, using gaming consoles, computers and – to an increasing extent – their mobile phones.

According to the Statista Global Consumer Survey, China was the country with the highest number of frequent adult gamers in 2019 (26 percent). Like elsewhere in Asia, many of those adults reported playing games on their smartphones rather than on consoles or computers. Other countries where adults were big on gaming were Saudi-Arabia, Thailand and the United States.

Erdogan: If the Greek President visits Kastellorizo to project power, we can project more force

In the U.S., the highest number of adults reported gaming on consoles instead of on computers and mobile phones. Consoles were also popular in Mexico and Latin America, while in European countries, computer gaming was more popular than consoles in many places. 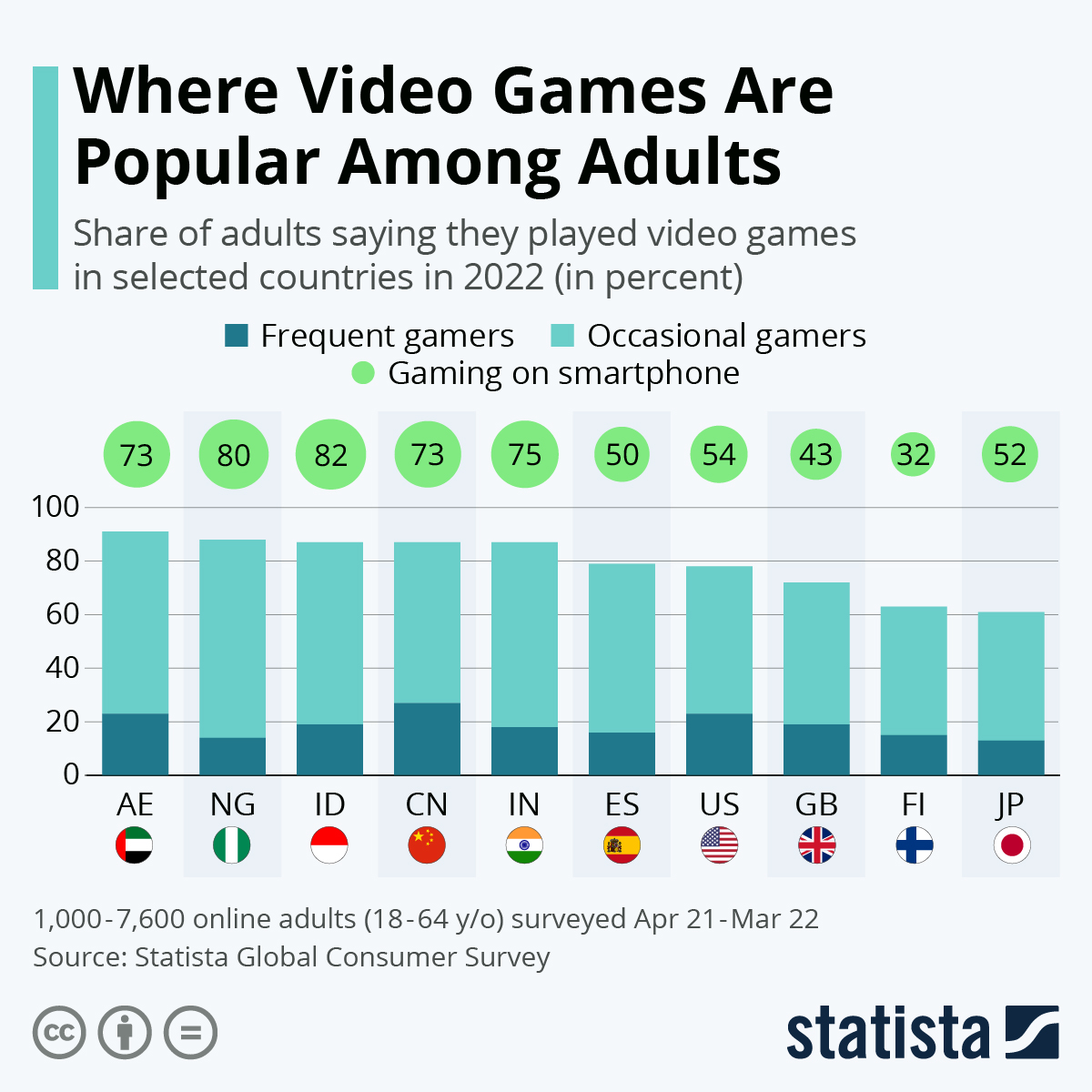