Lebanon is still in a state of shock after this week’s devastating explosion in the port of Beirut. At least 137 people were killed while a further 5,000 were injured when 2,750 tonnes of ammonium nitrate exploded in a blast that was reportedly felt as far away as Cyprus. It quickly came clear from initial videos of the incident that this was no ordinary explosion and the damage it caused to the port is catastrophic. Just how powerful was it?

Using videos and photographs that emerged in the aftermath of the incident, a team from the University of Sheffield estimated the strength of the explosion to be around 1.5 kilotons in TNT equivalent. That would make it one of the most powerful non-nuclear explosions in history at around one tenth the strength of the atomic bomb dropped on the Japanese City of Hiroshima. It is far more powerful than any conventional military weapon.

The GBU-43 Massive Ordnance Air Blast (also known as “the mother of all bombs) is the most powerful non-nuclear bomb in military use. Designed to be dropped from a C-130 Hercules cargo aircraft, its kiloton yield is 0.011 by comparison. Its use made headlines in 2017 when it was dropped on an ISIS tunnel complex in the Achin District of Afghanistan. 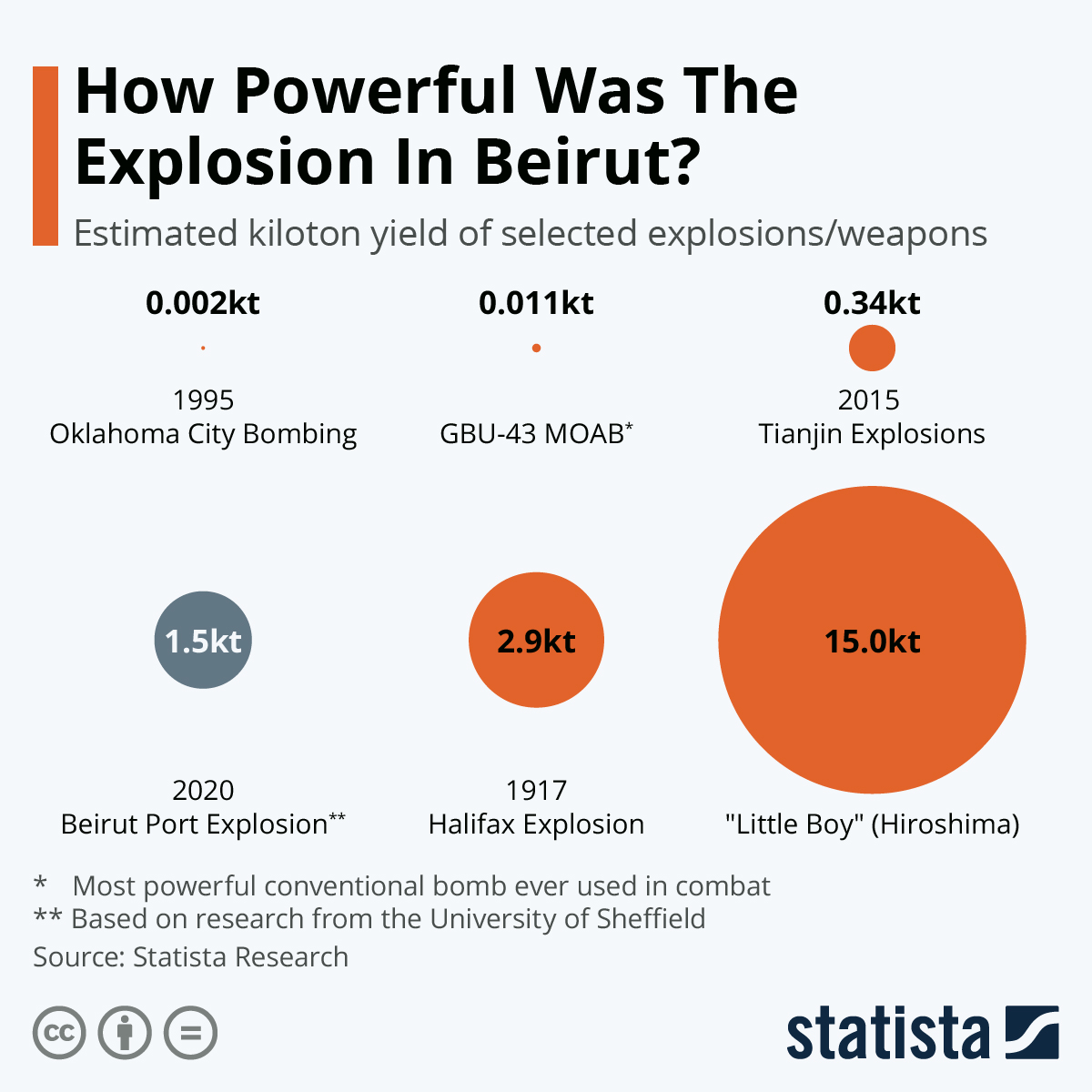