Microsoft only entered the console market in 2001

With Sony and Microsoft both releasing the latest generation of their video game consoles this week, the “console wars” are going into the next, and many say last, round. With the PlayStation 5 and Xbox Series X/S, both companies are following a similar pricing strategy, offering a full-fledged model with a physical drive for $499 and a trimmed-down, digital-only model for $399 (PS5) and $299 (Xbox Series S).

While it’s interesting to see Microsoft (partly) reverse the pricing advantage compared to the launch of Xbox One and PlayStation 4 in 2013 – back then the PS4 was $100 cheaper than the Xbox One – Sony still goes into this round the heavy favorite. Having historically outsold Xbox consoles, sometimes by a significant margin, the PlayStation brand seems too strong for Microsoft to beat.

TUI Austria: Greece the most popular destination for summer 2021

As the following chart shows, Microsoft only entered the console market in 2001, after the original PlayStation had already become a global bestseller. The first Xbox failed to make a big impression, clocking in just 24.6 million in lifetime sales compared to the PlayStation 2’s 157.7 million units, which makes the latter the best-selling console to date.

Having closed in on Sony’s lead with the Xbox 360, Microsoft lost ground again with the Xbox One, which was outsold 2 to 1 by Sony’s hugely popular PlayStation 4. 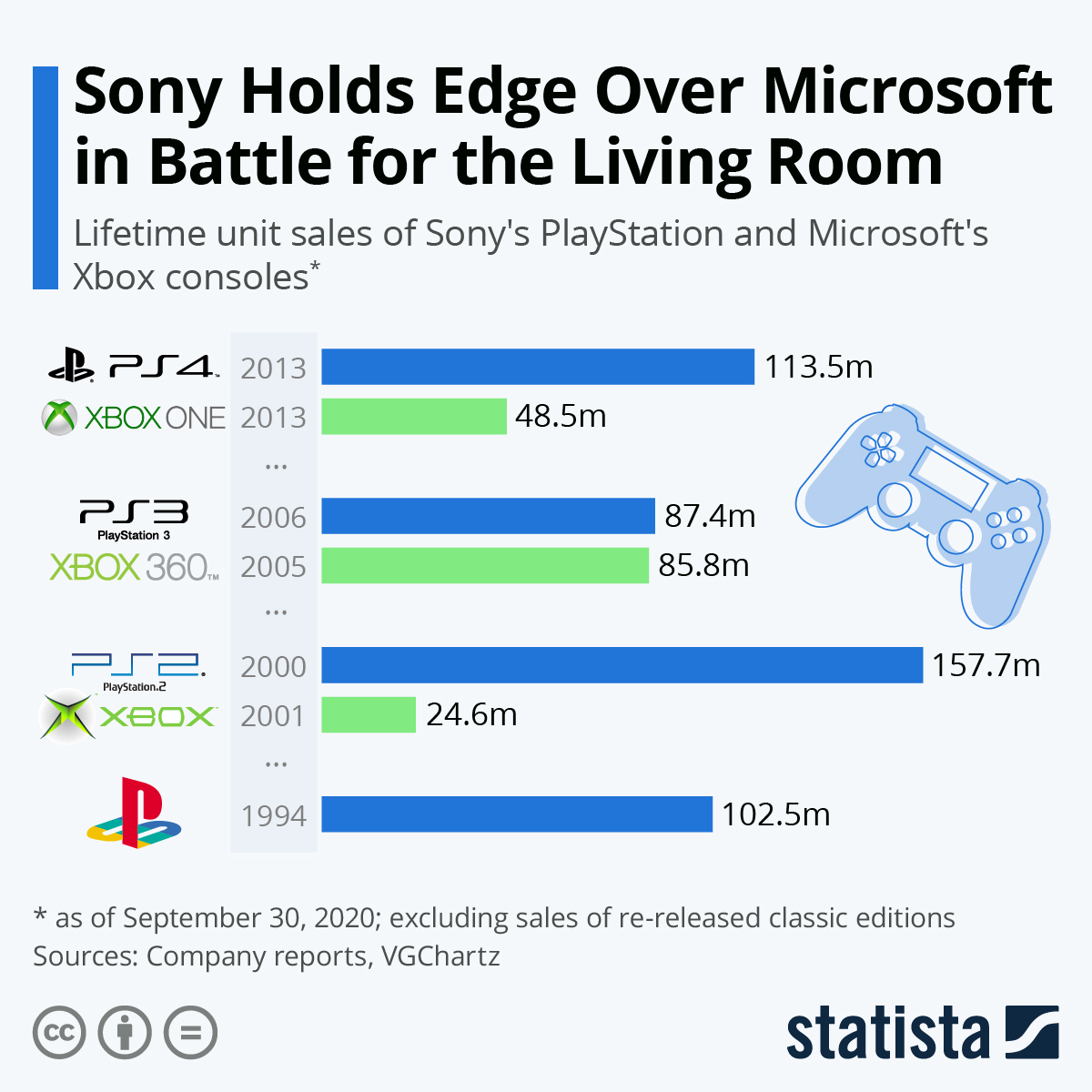