The term “Black Friday” to describe the day after Thanksgiving Day in the United States first became wider known in the 1980s. Originally coined by the police to describe the catastrophic traffic congestions associated with the (unofficial) start of the Christmas shopping season, Black Friday has routinely been the busiest shopping day of the year since the early 2000s, as many retailers started offering special discounts and opening their stores early to lure as many shoppers in as possible.

While Black Friday still is the biggest day of the year for brick-and-mortar retailers in the United States, the rise of e-commerce has helped the concept of Black Friday discounts become a global phenomenon over the past decade. As the following chart, based on Google Search trends, shows, Black Friday is getting bigger every year in terms of consumer interest. In November 2019, Google saw roughly twice as many searches for Black Friday as it did in November 2014 and more than five times as many as it did in 2007. 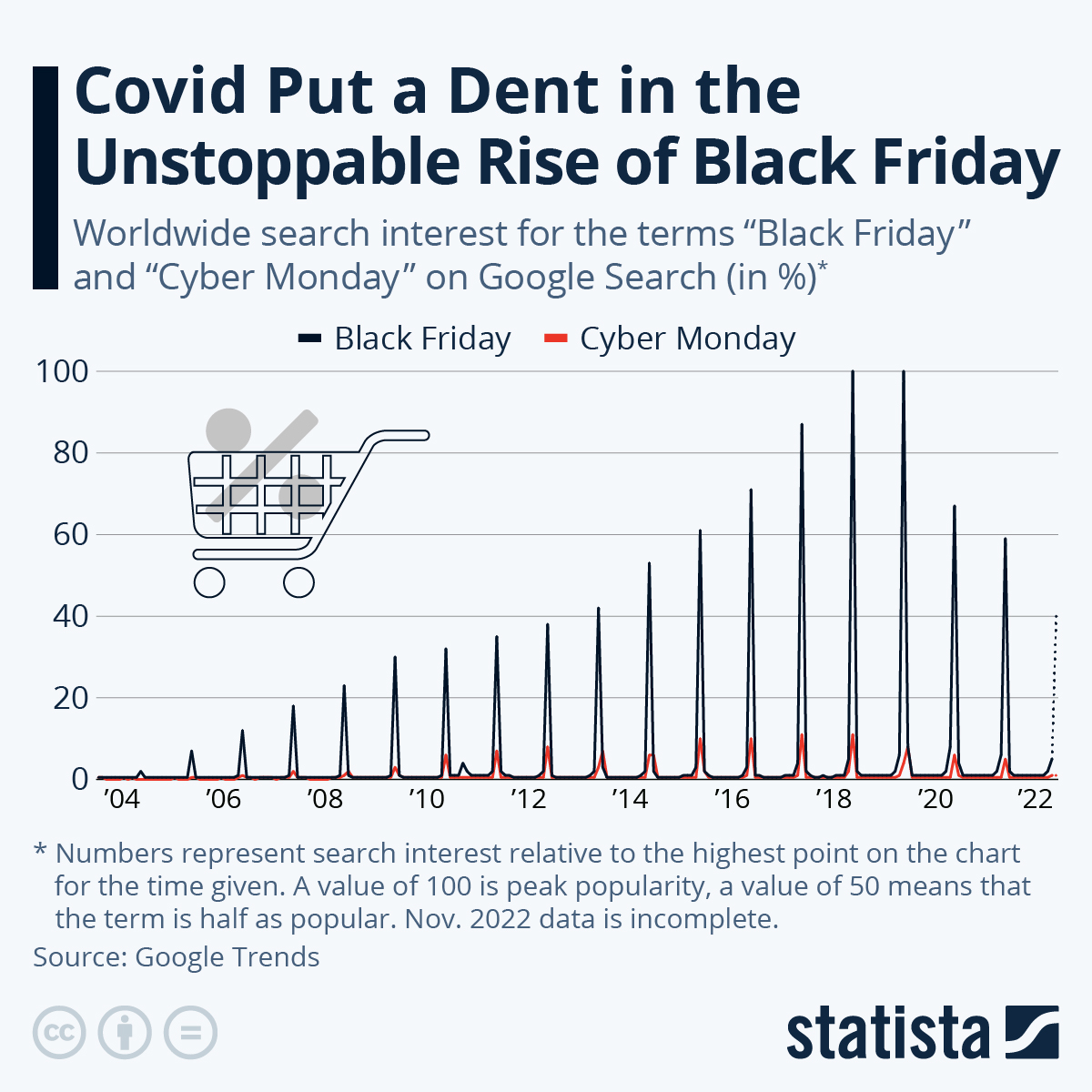