WARNING: The effects can last for more than three months. 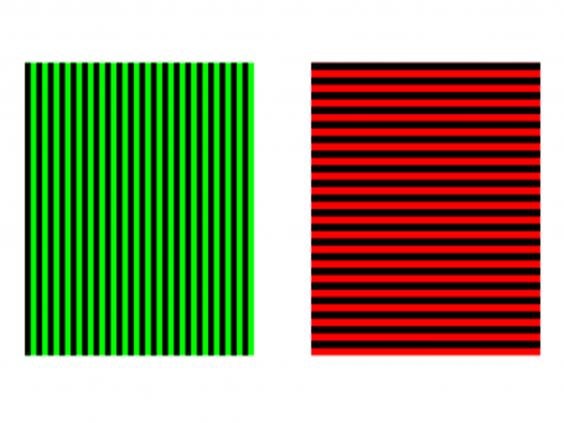 Look at the green black and red and then look at the black and white lines again. At this point you’ll be able to make out that the top right and bottom left vertical stripes of the black and white grid are a little pink whilst the top left and bottom right horizontal stripes are slightly green. Keep practising until the effects take place, but it is recommended ot not do it for more than 15 minutes.
And now, how to go blind!
Below you see a rotating array of blue crosses and 3 yellow dots. Now fixate on the centre (watch the flashing green spot). Note that the yellow spots disappear once in a while: singly, in pairs or all three simultaneously. In reality, the 3 yellow spots are continuously present, honest!