For the first time since it crashed on its second test flight in August last year, the world’s largest aircraft has taken to the air again. Hybrid Air Vehicles put its Airlander 10 (and a new, post-crash landing system) through its paces on a flight that lasted almost three hours and saw the huge airship make it back to base without a hitch. 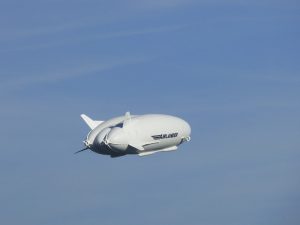 The aircraft took off from its mooring at Cardington Airfield north of London at 5:28 PM local time, and spent just under 180 minutes in the air before returning to base at 8:15 PM. During the flight, data was collected on handling, airspeed and operation of the crucial on-board systems for a detailed post-mortem. 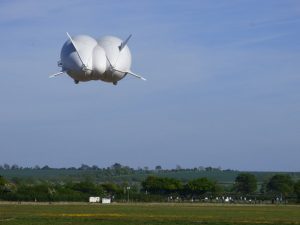 It’s the first time the bulbous airship/airplane hybrid has taken flight since a heavy landing during testing last year. Since then, the team has developed a new Auxiliary Landing System (ALS), which consists of two giant airbags on the underside of the craft either side of the flight deck that the pilot can deploy to protect the cabin and flight deck when landing. 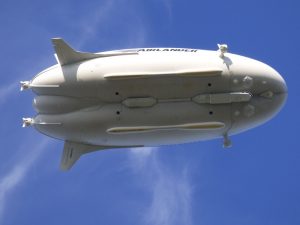 They’re stowed away during flight to avoid creating any additional drag, and take around 15 seconds to inflate. Think of them as giant, cushy landing feet designed to stop the cabin touching the ground. A new, more maneuverable mooring system has also been developed since last August, making it easier to dock and secure the aircraft. 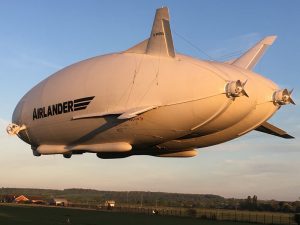